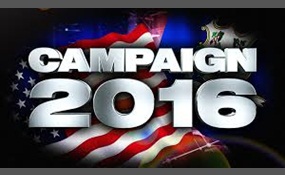 If the 2016 Presidential Election was between Rand Paul and Hillary Clinton, Who Would You Support?

Randal Howard "Rand" Paul is the junior United States Senator for Kentucky. He is a member of the Republican Party and the son of former U.S. Representative and presidential candidate Ron Paul of Texas. He first received national attention in 2008 w... hen making political speeches on behalf of his father, who was campaigning for the Republican Party's nomination for president. During his father's final term in the house, he was the first United States senator to have served simultaneously with a parent in the United States House of Representatives. A graduate of the Duke University School of Medicine, Paul began practicing ophthalmology in Bowling Green, Kentucky in 1993 and established his own clinic in December 2007. He remained active in politics and founded Kentucky Taxpayers United in 1994, of which he is still chairman. In 2010, Paul ran as the Republican candidate for the United States Senate seat being vacated by retiring Senator Jim Bunning of Kentucky, defeating Kentucky Secretary of State Trey Grayson in the primary. He subsequently defeated Kentucky Attorney General Jack Conway in the general election   more
14 votes
2 comments
Rand Paul - Voter Comments

Joggabii says2014-06-02T00:12:56.8596767-05:00
Report Post
Hillary Clinton is more of the same. Like Obama, she would attempt to model the United States after Western Europe, a continent which is now heavily in decline because of extremely ill-informed economic and social policies combined with extreme minority politics and normative multiculturalism, the exact thing both Obama and Clinton espouse. Take this from a Dutchman - you do not want to do this. Even the son of the world's craziest libertarian is better than Hillary Clinton.

Hillary Diane Rodham Clinton is a former United States Secretary of State, U.S. Senator, and First Lady of the United States. From 2009 to 2013, she was the 67th Secretary of State, serving under President Barack Obama. She previously represented Ne... w York in the U.S. Senate. Before that, as the wife of President Bill Clinton, she was First Lady from 1993 to 2001. In the 2008 election, Clinton was a leading candidate for the Democratic presidential nomination.A native of Illinois, Hillary Rodham was the first student commencement speaker at Wellesley College in 1969 and earned a J.D. From Yale Law School in 1973. After a brief stint as a Congressional legal counsel, she moved to Arkansas and married Bill Clinton in 1975. Rodham cofounded the Arkansas Advocates for Children and Families in 1977. In 1978, she became the first female chair of the Legal Services Corporation, and in 1979 the first female partner at Rose Law Firm. The National Law Journal twice listed her as one of the hundred most influential lawyers in America. As First Lady of Arkansas from 1979 to 1981 and 1983 to 1992 with husband Bill as Governor, she led a task force that reformed Arkansas's education system   more
9 votes
4 comments
Hillary Rodham Clinton - Voter Comments

discomfiting says2014-06-01T18:43:19.0542676-05:00
Report Post
I don't like Hillary but if I had to pick between Paul & Clinton; Clinton would get my support. He's nothing more than a fascist nutjob that want to control your personal life and keep making the rich even richer.

Bernard "Bernie" Sanders is an American politician and the junior United States Senator from Vermont. Before serving in the Senate, he represented Vermont's at-large district in the United States House of Representatives and served as mayor of Burli... ngton, the largest city in Vermont. Sanders is a self-described democratic socialist, and has praised Scandinavian-style social democracy.Sanders caucuses with the Democratic Party and is counted as a Democrat for the purposes of committee assignments, but because he does not belong to a formal political party, he appears as an independent on the ballot. He was also the only independent member of the House during most of his service and is the longest-serving independent in U.S. Congressional history.In an interview with The Nation on March 6, 2014, Sanders stated that he is "prepared to run for President of the United States" in 2016   more
1 vote
0 comments
Bernie Sanders - Voter Comments
No Comments
Vote & Comment
4

Vermin Love Supreme (born June 1961) is an American performance artist, anarchist and activist who is known for running as an alternative candidate in various local, state, and national elections in the United States. Supreme is known for wearing a ... boot shaped hat and carrying a large toothbrush. He has said that if elected President of the United States, he will pass a law requiring people to brush their teeth. He also campaigned in 2012 on a platform of zombie apocalypse awareness (and zombie-based energy plan) and time travel research, and he promises a free pony for every American. Supreme claims to mock the political system. In 2011, he participated in the Occupy Boston protests   more
0 votes
0 comments
Vermin Supreme - Voter Comments
No Comments
Vote & Comment
Leave a comment...
(Maximum 900 words)

Ameliamk1 says2014-06-02T02:11:34.2358459-05:00
Report Post
"He's nothing more than a fascist nutjob that want to control your personal life and keep making the rich even richer. " Jeez, if that's Rand Paul, i'd hate to hear you describe non-libertarians. Ron Paul is in no way a neo-conservative, and would be the most libertarian president in history. He condemns all of the NSA's actions, domestically and internationally, opposes war, Guantanamo Bay, and indefinite detention, and supports the leakers like Edward Snowden. There's plenty of reason not to support him, but please inform yourself to at least a minor degree.

discomfiting says2014-06-02T18:58:33.4451194-05:00
Report Post
The U.S doesn't need to be sent back the 19th century. I don't think we should abolish the minimum wage, I don't think we should repeal Roe. V Wade, Christianity in public schools (like prayer), supporting offshore drilling, withdrawal from the U.N, he is a bigot (i know he says "the government shouldn't decide gay marriage but he's a bigot and dances around the question each time on whether or not he supports or rejects the notion of gay marriage being equal), privatizing educational systems so only the rich can be educated, he's against a universal healthcare (which is a human rights violation), proposed bills for school segregation, & he's a supporter of theocracy. Is that enough of a reason?

discomfiting says2014-06-02T19:10:13.4566817-05:00
Report Post
If you, I can link you the bills that he introduced about segregation & teacher led prayer, privatizing the education system other bills proving he's a theocratic government support, not a secularist.

labarum says2014-06-02T20:34:44.9995181-05:00
Report Post
Health is not a right ( let alone healthcare) To say health is a right is to say sickness or death is some how violating our rights when really they are natural and unavoidable no matter how good our insurance is.