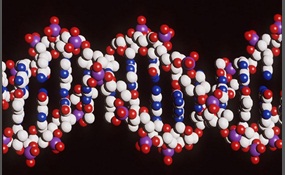 If we had the technology, should we edit the genes and/or DNA of our children?

Whether it be gene-splicing or actual DNA manipulation, changing the genes of our children can be done and could actually have some benefits, then again, is it worth it? We are presuming that we would have perfected the technology in order to use it properly without many "risks".

Yes, but there should be limits.

Yes, we should remove genetic disorders, but we shouldn't go overboard with this. This isn't a game. We can't just edit what our children will be when they are born. We shouldn't make them superhuman or superior to others. We should only manipulate ... the DNA so certain humans that are born aren't put at a distinct disadvantage. Many people affected by genetic disorders feel that they were cursed from birth, so let's not let that happen. However, having a lower metabolism, red hair, heterochromia, and a variety of other "birth defects" should not be changed just because the parents want their child to be different or "better"   more
10 votes
3 comments
Yes, but there should be limits. - Voter Comments

thehumanistpreacher says2014-07-26T14:27:03.0185741-05:00
Report Post
There are some very fantastic scientists out there of which I have had the good fortune of meeting. I am extremely impressed with the work they have done and the progress that has been in the field but at the current moment legislation doesn't reflect the predictive future ambition of which some scientists want to do and while I am happy to remove hereditary genes like Huntington's disease and Tay–Sachs disease which is an orthodox Jewish ancestral disease that effects infants. I am wary of more controversial decisions for example to change genes related to skin colour and remove the so called "Gay Gene". I am cautiously optimistic for the new science that could change many lives for the better but I would just promote patience and take each development in each individual milestones one step at a time.

ColterFleming1 says2014-08-05T14:38:22.6960669-05:00
Report Post
This is what I would prefer, but I know that if it were possible, the world would be filled with superhumans. The rich almost always get what they want. Just imagine sports! There's already a big debate over performances enhancing drugs - if it's just for entertainment, why would it matter? But that's a debate for a different time.
Vote & Comment
2

No, of course not.

Gene-splicing, DNA manipulation, gene changing? These things are where science will go too far. The birth process is supposed to be natural, not something artificial. Manipulating DNA and genes would be like "creating" children rather than birthing ... them. It's only natural for certain children to gain certain disadvantages at birth, this has been so since the first species. Genetic disorders are natural and while it may be terrible to have some, but think of the risks? There's certain areas where science shouldn't tread and this is one of them   more
5 votes
2 comments
No, of course not. - Voter Comments

Let's see: no more autism, Down syndrome, Sickle-cell disease, Angelman syndrome, Canavan disease, Cystic fibrosis, AIDS on birth, Duchenne muscular dystrophy, and many more genetic disorders. Not only will we be able to remove genetic disorders, bu... t we can also change many traits of our children. We could make it so they have a higher metabolism, are born with a different hair color or eye color, give them a stronger heart, a greater brain capacity, stronger muscles, and many more augmentations. We could even gain powers previously not thought possible. There's a chance that we could even become all perfect where our DNA makes our bodies immune to diseases and less prone to depression. We could become greatly enhanced and the possibilities are endless. Who knows what we could do if we truly master the art of changing DNA? It may take a while to get to this scientific level, but we may be able to do it   more
4 votes
1 comment
Yes, of course - Voter Comments

Are you our of your mind?

We aren't God (or one of the gods). We aren't Nazis. We aren't monsters. We do not create genetic monstrosities, doing so would make us less than human.
3 votes
2 comments
Are you our of your mind? - Voter Comments

benloti says2014-07-20T06:20:09.8437846-05:00
Report Post
Assume your 'DNA Altering' Fail, and your plans to remove illnesses backfire, you could cause another virus on the loose, which could threaten the extinction of all living things on Earth.

PetersSmith says2014-07-19T22:41:35.2339019-05:00
Report Post
Stalin_Mario: I actually totally agree with you. It would be awesome to be able to have telekinesis or heterochromia when you're born. It'd be funny though if they force you to do gene manipulation.

Grayscale says2014-07-19T23:26:52.7963154-05:00
Report Post
One of my fear here would be when the idealists start getting involved in the process to where it strays from limiting the negatives (removing diseases) to creating the "new man". They would start to play with genetics for the "benefit" of society and tweak something that may inadvertently harm us. For example, lets say we are trying to reduce violence in humans but due to its proximity to sex destroy our reproductive desires or causes mass depression? Centrally trying to plan human evolution can lead to some irreversible effects, DNA lost is hard to rectify and would be more troublesome to rectify than an economy. Also genetic manipulation doesn't always display harmful effects right away sometimes it can take several generations to discover a major error. Also giving this power to our leaders who are sway with the wind does not give me a lot of confidence. 2) Also on the disease part is debatable as well, especially some of the mental ones because you would inadvertently be taking away all the Savants away from society (look up the word if you don't know what it is). Also diseases like sickle cell anemia has applications. I don't find it coincidental that sickle cell sprung up in regions with high levels of malaria randomly, if given a more generations sickle cell might have evolved into a more functional condition with the benefit of being immune to malaria. By controlling genetics you also prevent any new evolution from occurring, as the strict definition of standard genetics as understood as being right or normal would replace any deviation from that, which would limit the human gene pool thus making humans less adaptable to potential changes. The fact that literally none of the authors negative options even tough any of these subjects instead its delegating them to issues of morality makes me wonder if they at least thought the question through. To stress this point though, I'm not entirely against/hostile to the idea but the con side was severely inadequately expressed.

Stalin_Mario says2014-07-19T23:31:06.8706098-05:00
Report Post
Guylaquit, clearly I wasn't talking about superpowers such as telekinesis. I was talking about more of preventing disorders and diseases, and being able to choose what hair, skin, eye, etc color and features they want.

Grayscale says2014-07-20T00:03:25.6758938-05:00
Report Post
@Peters, I don't know if I would even commit to a yes either but that is irrelevant my issue which I stated before with the cons provided was that it was entirely based on upsetting morals, which is nothing compared to the real damage a worst case scenario could bring. @ Stalin, much appreciated, I think my strongest critique I had in my first post was that this would cut down the human gene pool (what happens if we actually need to be aggressive/violent to save ourselves) and by our definitions of "healthy genetics" any deviation will be cut out of the equation as looked upon as defective when in turn could have been a natural forum of evolution (my sickle cell anemia example)