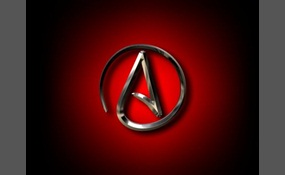 If you are irreligious, what group would you identify with?

Bragxnxall says2015-05-21T13:10:51.9946957-05:00
Report Post
I try not to focus on what I identify myself as. I consider myself mainly agnostic because I can accept the probability of a god or gods, but I don't believe in any religious gods, however, I am not purely a deist because I don't feel I believe in any god, so I just say I'm agnostic.
Vote & Comment
2

Deism combines a rejection of religious knowledge as a source of authority with the belief that reason and observation of the natural world are sufficient to determine the existence of a single creator of the universe. Deism gained prominence among ... intellectuals during the Age of Enlightenment – especially in Britain, France, Germany and the United States – who, raised as Christians, believed in one god but became disenchanted with organized religion and notions such as the Trinity, Biblical inerrancy and the supernatural interpretation of events such as miracles. Included in those influenced by its ideas were leaders of the American and French Revolutions.Today, deism is considered to exist in two principal forms: classical and modern   more
3 votes
0 comments
Deist - Voter Comments
No Comments
Vote & Comment
3

Agnostic theism is the philosophical view that encompasses both theism and agnosticism. An agnostic theist believes in the existence of at least one deity, but regards the basis of this proposition as unknown or inherently unknowable. It can also me... an that there is one high ruler, but it is unknowable or unknown who or what it is. The agnostic theist may also or alternatively be agnostic regarding the properties of the God or the gods he or she believes in   more
2 votes
0 comments
Agnostic theist - Voter Comments
No Comments
Vote & Comment
4

Atheism is, in a broad sense, the rejection of belief in the existence of deities. In a narrower sense, atheism is specifically the position that there are no deities. Most inclusively, atheism is the absence of belief that any deities exist. Atheis... m is contrasted with theism, which, in its most general form, is the belief that at least one deity exists.The term "atheism" originated from the Greek ἄθεος, meaning "without god", used as a pejorative term applied to those thought to reject the gods worshiped by the larger society. With the spread of freethought, skeptical inquiry, and subsequent increase in criticism of religion, application of the term narrowed in scope. The first individuals to identify themselves using the word "atheist" lived in the 18th century. Some ancient and modern religions are referred to as atheistic, as they either have no concepts of deities or deny a creator deity, yet still revere other god-like entities.Arguments for atheism range from the philosophical to social and historical approaches   more
2 votes
1 comment
Atheist - Voter Comments

Apatheism, also known as pragmatic atheism or practical atheism, is acting with apathy, disregard, or lack of interest towards belief or disbelief in a deity. Apatheism describes the manner of acting towards a belief or lack of a belief in a deity, ... so it applies to both theism and atheism. An apatheist is also someone who is not interested in accepting or denying any claims that gods exist or do not exist. In other words, an apatheist is someone who considers the question of the existence of gods as neither meaningful nor relevant to their life.Apathetic agnosticism claims that no amount of debate can prove or disprove the existence of one or more deities, and if one or more deities exist, they do not appear to be concerned about the fate of humans. Therefore, their existence has little to no impact on personal human affairs and should be of little theological interest.Some apatheists hold that if it were possible to prove that God does or does not exist, their behavior would not change   more
0 votes
0 comments
Apathetic - Voter Comments
No Comments
Vote & Comment
Leave a comment...
(Maximum 900 words)