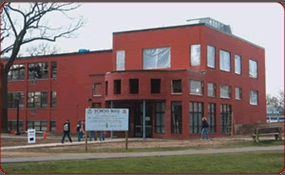 If you could go back in time, which grade would you experience again?

A kindergarten is a preschool educational approach traditionally based around playing, singing, practical activities such as drawing, and social interaction as part of the transition from home to school. The first such institutions were created in t... he late eighteenth century in Bavaria and Strasbourg to serve children both of whose parents worked out of the home.The name kindergarten was coined by Friedrich Fröbel, whose approach greatly influenced early-years education around the world. The term is used in many countries to describe a variety of educational institutions for children ranging from two years of age to seven of age based on a variety of teaching methods   more
4 votes
1 comment
Kindergarten - Voter Comments

Fourth grade, also called Grade 4, is a term used to refer to a year of elementary education in some countries. In North America the fourth grade is the fourth school year after kindergarten. Students are usually 9 or 10 years old, depending on thei... r birthday. It is a part of elementary school, a school providing instruction for young pupils, comprising the first three, four, or five grades of a student's educational career. Examples of lessons taught include - larger place value; how to write a good summary; writing with transitions; how to read large numbers; writing with starter sentence; and detailed sentences   more
1 vote
0 comments
4th grade - Voter Comments
No Comments
Vote & Comment
7

Fifth grade is a year of education in many nations. The fifth grade is the fifth school year after kindergarten. Students are usually 10 – 11 years old. Depending on the school district in certain parts of the United States, it is the last year of e... lementary school, or, in some parts of the United States, fifth grade is the first year of middle school. Also, in other schools Grade 4 and 5 are one school. In Asian countries like India, fifth grade education is also known as 'class 5' which is usually the last grade of the primary education system   more
1 vote
1 comment
5th Grade - Voter Comments

First grade is the first grade in elementary school. It is the first school year after kindergarten. People are usually 6 to 7 years old in this grade level.
0 votes
0 comments
First grade - Voter Comments
No Comments
Vote & Comment
13

Charlatte says2019-03-11T20:46:01.6975665Z
Report Post
All of Elementary school! Those were the best! I loved my friends a lot and we got to play games very much. Of course the times when we had class sucked because the education was bad in general. Some subjects were good though like when we had crayfish or the butterflies. And when we went on a trip and stayed overnight at a barn!
Privacy Policy | Terms of Use
Sitemap | View Desktop Version
©2020 Debate.org. All rights reserved.