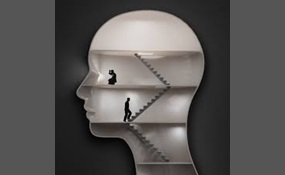 If you could have one psychic power, which one would it be?

Teleportation, or Teletransportation, is the theoretical transfer of matter or energy from one point to another without traversing the physical space between them. It is a common subject of science fiction literature, film, and television.
8 votes
2 comments
Teleportation - Voter Comments

Psychokinesis, or telekinesis, is an alleged psychic ability allowing a person to influence a physical system without physical interaction. Psychokinesis and telekinesis are sometimes abbreviated as PK and TK respectively. Examples of psychokinesis ... could include moving an object and levitation. There is no conclusive evidence that psychokinesis is a real phenomenon.PK experiments have historically been criticized for lack of proper controls and repeatability. Furthermore, some experiments have created illusions of PK where none exists, and these illusions depend to an extent on the subject's prior belief in PK   more
5 votes
0 comments
Telekinesis - Voter Comments
No Comments
Vote & Comment
3

In parapsychology, precognition, also called future sight, and second sight, is a type of extrasensory perception that would involve the acquisition or effect of future information that cannot be deduced from presently available and normally acquire... d sense-based information.The existence of precognition, as with other forms of extrasensory perception, is not accepted by the mainstream scientific community.Scientific investigation of extrasensory perception is complicated by the definition which implies that the phenomena go against established principles of science. Specifically, precognition would violate the principle that an effect cannot occur before its cause. There are established biases affecting human memory and judgment of probability that create convincing but false impressions of precognition   more
4 votes
0 comments
Precognition - Voter Comments
No Comments
Vote & Comment
4

Invisibility is the state of an object that cannot be seen. An object in this state is said to be invisible. The term is often used in fantasy/science fiction, where objects are literally made unseeable by magical or technological means; however, it... s effects can also be demonstrated in the real world, particularly in physics and perceptual psychology classes.Since objects can be seen by light in the visible spectrum from a source reflecting off their surfaces and hitting the viewer's eye, the most natural form of invisibility is an object that neither reflects nor absorbs light. This is known as transparency, and is seen in many naturally occurring materials.Visibility also depends on the eyes of the observer and/or the instruments used. Thus an object can be classified as "invisible to" a person, animal, instrument, etc. In research on sensorial perception it has been shown that invisibility is perceived in cycles   more
4 votes
0 comments
Invisibility - Voter Comments
No Comments
Vote & Comment
5

Telepathy is the purported transmission of information from one person to another without using any of our known sensory channels or physical interaction. The term was coined in 1882 by the classical scholar Frederic W. H. Myers, a founder of the So... ciety for Psychical Research, and has remained more popular than the earlier expression thought-transference.There is no scientific evidence that telepathy is a real phenomenon. Many studies seeking to detect, understand, and utilize telepathy have been carried out, but no replicable results from well-controlled experiments exist.Telepathy is a common theme in modern fiction and science fiction, with many extraterrestrials, superheroes and supervillains having telepathic ability   more
2 votes
1 comment
Telepathy - Voter Comments