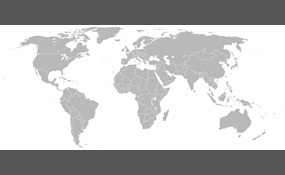 If you had a choice to live in any continent, what would it be?

I would choose North America, personally.

Europe is a continent that comprises the westernmost peninsula of Eurasia. It is generally divided from Asia by the watershed divides of the Ural and Caucasus Mountains, the Ural River, the Caspian and Black Seas, and the waterways connecting the Bl... ack and Aegean Seas.Europe is bordered by the Arctic Ocean to the north, the Atlantic Ocean to the west, the Mediterranean Sea to the south, and the Black Sea and connected waterways to the southeast. Yet the borders of Europe—a concept dating back to classical antiquity—are arbitrary, as the primarily physiographic term "continent" also incorporates cultural and political elements.Europe is the world's second-smallest continent by surface area, covering about 10,180,000 square kilometres or 2% of the Earth's surface and about 6.8% of its land area. Of Europe's approximately 50 countries, Russia is by far the largest by both area and population, taking up 40% of the continent, while Vatican City is the smallest. Europe is the third-most populous continent after Asia and Africa, with a population of 739-743 million or about 11% of the world's population. The most commonly used currency is the euro   more
13 votes
3 comments
Europe - Voter Comments

mcsakm1112 says2015-02-28T22:40:52.2123767-06:00
Report Post
Europe is the best continent because of its history. It has an extremely rich history and created most of the modern world. Also, most of the greatest-ever empires were European. Europe has influenced so many countries in so many ways. No other continent could hold the title, as its greatness will have sprung from Europeans through history. Also, Europe is home to the most stunning architecture and landmarks across the world. I don't know any place in the world where citizens are treated so well than in Europe. The welfare system allows poor people to learn and rise in society. Europe has a much better standard when compared to the rest of the world. In Europe (especially in France) you do less work yet you have more rights, a good standard and free universal health care. And in south-eastern Europe (ie Serbia, Bosnia etc) it doesn't matter whether or not you have the newest phone or tv, what matters is the way you live. Now think about it would you rather have a happy and long life or a short one where you divorced, have ten mortgages and your best moments in life are at work

gogasgig says2015-03-07T00:19:45.0438137-06:00
Report Post
The most beautiful nature, architecture, art, culture, people, etc. etc.. The diversity cannot compare nor can the sense of style this continent possesses. You are able to travel into another country, with it's own language, culture within such a short period of time that it makes life so much more pleasurable. Living in any other continent does not allow you the diversity in such a short commute. The food is insanely good all over Europe and the culture and people, in my opinion are the best.
Vote & Comment
2

North America is a continent wholly within the Northern Hemisphere and almost wholly within the Western Hemisphere. It can also be considered a northern subcontinent of the Americas. It is bordered to the north by the Arctic Ocean, to the east by th... e Atlantic Ocean, to the west and south by the Pacific Ocean, and to the southeast by South America and the Caribbean Sea.North America covers an area of about 24,709,000 square kilometers, about 4.8% of the planet's surface or about 16.5% of its land area. As of 2013, its population was estimated at nearly 565 million people across 23 independent states, representing about 7.5% of the human population. Most of the continent's land area is dominated by Canada, the United States, Greenland, and Mexico, while smaller states exist in the Central American and Caribbean regions. North America is the third largest continent by area, following Asia and Africa, and the fourth by population after Asia, Africa, and Europe.The first people to live in North America were Paleoindians who began to arrive during the last glacial period by crossing the Bering land bridge   more
12 votes
6 comments
North America - Voter Comments

Australia, sometimes known in technical contexts by the names Sahul, Australinea or Meganesia, to distinguish it from the Australian mainland, is a continent comprising mainland Australia, Tasmania, New Guinea, Seram, possibly Timor, and neighbourin... g islands.It is the smallest of the seven traditional continents in the English conception. The continent lies on a continental shelf overlain by shallow seas which divide it into several landmasses—the Arafura Sea and Torres Strait between mainland Australia and New Guinea, and Bass Strait between mainland Australia and Tasmania. When sea levels were lower during the Pleistocene ice age, including the Last Glacial Maximum about 18,000 BC, they were connected by dry land. During the past ten thousand years, rising sea levels overflowed the lowlands and separated the continent into today's low-lying arid to semi-arid mainland and the two mountainous islands of New Guinea and Tasmania. Geologically, a continent extends to the edge of its continental shelf, so the now-separate islands are considered part of the continent   more
3 votes
2 comments
Australian Continent - Voter Comments

Asia is the Earth's largest and most populous continent, located primarily in the eastern and northern hemispheres. Though it covers only 8.7% of the Earth's total surface area, it comprises 30% of earth's land area, and has historically been home t... o the bulk of the planet's human population. Asia is notable for not only overall large size and population, but unusually dense and large settlements as well as vast barely populated regions within the continent of 4.4 billion people. Asia has exhibited economic dynamism as well as robust population growth during the 20th century, but overall population growth has since fallen to world average levels.The boundaries of Asia are culturally determined, as there is no clear geographical separation between it and Europe, which together form one continuous landmass called Eurasia. The most commonly accepted boundaries place Asia to the east of the Suez Canal, the Ural River, and the Ural Mountains, and south of the Caucasus Mountains and the Caspian and Black Seas. It is bounded on the east by the Pacific Ocean, on the south by the Indian Ocean and on the north by the Arctic Ocean   more
2 votes
1 comment
Asia - Voter Comments

Middle East (considered not a continent, but I'll make it a choice)

The Middle East is a region that roughly encompasses Western Asia and Egypt. The term is used as a synonym for Near East, in opposition to Far East. The corresponding adjective is Middle Eastern and the derived noun is Middle Easterner. Arabs, Persi... ans, and Turks constitute the largest ethnic groups in the region by population, while Kurds, Azeris, Copts, Jews, Assyrians, Maronites, Circassians, Somalis, Armenians, Arameans, Druze and other denominations form a significant minority.The history of the Middle East dates back to ancient times, and the region has generally been a major center of world affairs. However, in the context of its ancient history, the term "Near East" is more commonly used. Several major religions have their origins in the Middle East, including Judaism, Christianity, and Islam; the Baha'i faith, Mandaeism, Unitarian Druze, and numerous other belief systems were also established within the region   more
1 vote
1 comment
Middle East (considered not a continent, but I'll make it a choice) - Voter Comments

Africa is the world's second-largest and second-most-populous continent. At about 30.2 million km² including adjacent islands, it covers six percent of the Earth's total surface area and 20.4 percent of the total land area. With 1.1 billion people a... s of 2013, it accounts for about 15% of the world's human population. The continent is surrounded by the Mediterranean Sea to the north, both the Suez Canal and the Red Sea along the Sinai Peninsula to the northeast, the Indian Ocean to the southeast, and the Atlantic Ocean to the west. The continent includes Madagascar and various archipelagos. It has 54 fully recognized sovereign states, nine territories and two de facto independent states with limited or no recognition.Africa's population is the youngest among all the continents; 50% of Africans are 19 years old or younger.Algeria is Africa's largest country by area, and Nigeria is the largest by population   more
0 votes
0 comments
Africa - Voter Comments
No Comments
Vote & Comment
7

South America is a continent located in the Western Hemisphere, mostly in the Southern Hemisphere, with a relatively small portion in the Northern Hemisphere. It can also be considered as a subcontinent of the Americas.It is bordered on the west by ... the Pacific Ocean and on the north and east by the Atlantic Ocean; North America and the Caribbean Sea lie to the northwest. It includes twelve sovereign states – Argentina, Bolivia, Brazil, Chile, Colombia, Ecuador, Guyana, Paraguay, Peru, Suriname, Uruguay, and Venezuela – and two non-sovereign areas – French Guiana, an overseas department of France, and the Falkland Islands, a British Overseas Territory. In addition to this, the ABC islands of the Netherlands may also be considered part of South America.South America has an area of 17,840,000 square kilometers. Its population as of 2005 has been estimated at more than 371,090,000. South America ranks fourth in area and fifth in population.Most of the population lives near the continent's western or eastern coasts while the interior and the far south are sparsely populated   more
0 votes
0 comments
South America - Voter Comments
No Comments
Vote & Comment
Leave a comment...
(Maximum 900 words)