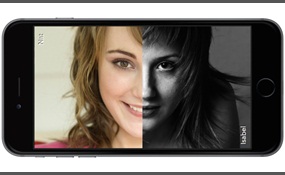 If you had to be someone other than yourself, who would you be?

Sole_Executioner says2015-09-15T20:06:08.9211965Z
Report Post
Cat . Because they basically get what they want when they want. I also like their attitudes and expressions and how they try to cover up or hide when they get in trouble
Vote & Comment
2

Anyone you want to be

5 votes
1 comment
Anyone you want to be - Voter Comments

Hermione Jean Granger is a fictional character in J.K. Rowling's Harry Potter series. She initially appears in the first novel, Harry Potter and the Philosopher's Stone, as a new student on her way to Hogwarts. After Harry and Ron save her from a mo... untain troll in the girls' toilets, she becomes close friends with them and often uses her quick wit, deft recall, and encyclopaedic knowledge to help them. Rowling has stated that Hermione resembles her at a younger age, with her insecurity and fear of failure   more
1 vote
0 comments
Hermione Granger - Voter Comments
No Comments
Vote & Comment
11

Daniel Michael "Danny" DeVito, Jr. Is an American actor, comedian, producer and director. He first gained prominence for his portrayal of taxi dispatcher Louie De Palma on Taxi, for which he won a Golden Globe and an Emmy. He went on to become a maj... or film star, known for his roles in films and for his voiceover work in films.DeVito co-founded Jersey Films with Michael Shamberg. Soon afterwards, Stacey Sher became an equal partner. The production company is known for films such as Pulp Fiction, Garden State, and Freedom Writers. DeVito also owns Jersey Television, which produced the Comedy Central series Reno 911!. DeVito and wife Rhea Perlman starred together in his 1996 film Matilda, based on Roald Dahl's children's novel. He currently stars as Frank Reynolds on the FXX sitcom It's Always Sunny in Philadelphia. He also directs and produces graphic short horror films for his Internet venture The Blood Factory. He has appeared in several of them, as have friends of his and members of his family. He starred in One Direction's music video "Steal My Girl" in 2014   more
1 vote
1 comment
Danny DeVito - Voter Comments

Mohandas Karamchand Gandhi was the preeminent leader of Indian independence movement in British-ruled India. Employing nonviolent civil disobedience, Gandhi led India to independence and inspired movements for civil rights and freedom across the wor... ld. The honorific Mahatma —applied to him first in 1914 in South Africa,—is now used worldwide. He is also called Bapu in India.Born and raised in a Hindu merchant caste family in coastal Gujarat, western India, and trained in law at the Inner Temple, London, Gandhi first employed nonviolent civil disobedience as an expatriate lawyer in South Africa, in the resident Indian community's struggle for civil rights. After his return to India in 1915, he set about organising peasants, farmers, and urban labourers to protest against excessive land-tax and discrimination. Assuming leadership of the Indian National Congress in 1921, Gandhi led nationwide campaigns for easing poverty, expanding women's rights, building religious and ethnic amity, ending untouchability, but above all for achieving Swaraj or self-rule   more
1 vote
0 comments
Mahatma Gandhi - Voter Comments
No Comments
Vote & Comment
14

Malcolm X, born Malcolm Little and also known as El-Hajj Malik El-Shabazz, was an African-American Muslim minister and a human rights activist. To his admirers he was a courageous advocate for the rights of blacks, a man who indicted white America i... n the harshest terms for its crimes against black Americans; detractors accused him of preaching racism and violence. He has been called one of the greatest and most influential African Americans in history.Malcolm X was effectively orphaned early in life. His father was killed when he was six and his mother was placed in a mental hospital when he was thirteen, after which he lived in a series of foster homes.In 1946, at age 20, he went to prison for larceny and breaking and entering. While in prison he became a member of the Nation of Islam, and after his parole in 1952 quickly rose to become one of its leaders. For a dozen years he was the public face of the controversial group; in keeping with the Nation's teachings he espoused black supremacy, advocated the separation of black and white Americans and scoffed at the civil rights movement's emphasis on integration   more
0 votes
0 comments
Malcolm X - Voter Comments
No Comments
Vote & Comment
15

Michael Joseph Jackson (August 29, 1958 – June 25, 2009) was an American recording artist, dancer, singer-songwriter, musician, and philanthropist. Referred to as the King of Pop, Jackson is recognized as the most successful entertainer of all time ... by Guinness World Records. His contribution to music, dance, and fashion, along with a much-publicized personal life, made him a global figure in popular culture for over four decades. The seventh child of the Jackson family, he debuted on the professional music scene along with his brothers as a member of The Jackson 5, then the Jacksons in 1964, and began his solo career in 1971. In the early 1980s, Jackson became a dominant figure in popular music. The music videos for his songs, including those of "Beat It", "Billie Jean", and "Thriller", were credited with transforming the medium into an art form and a promotional tool, and the popularity of these videos helped to bring the relatively new television channel MTV to fame And Cordell Francis Admire Michael Jackson As His Best. Videos such as ..   more
0 votes
0 comments
Michael Jackson - Voter Comments
No Comments
Vote & Comment
16