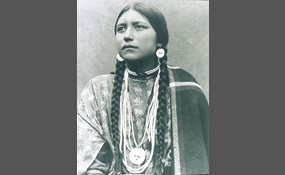 If you were a Native American

CommunistDog says2015-05-09T20:49:06.7777661-05:00
Report Post
There are lots of resources as well as many tribes which connected with their members kindly. Also, in the North sections of America, there was less enslavement of African Americans compared to southern and western areas of America.

The Great Basin is the largest area of contiguous endorheic watersheds in North America. It is noted for both its arid climate and the Basin and range topography that varies from the North American low point at Badwater Basin to the highest point of...  the contiguous United States, less than 100 miles away at the summit of Mount Whitney. The region spans several physiographic divisions, biomes/ecoregions, and deserts   more
0 votes
0 comments
Great Basin - Voter Comments
No Comments
Vote & Comment
6