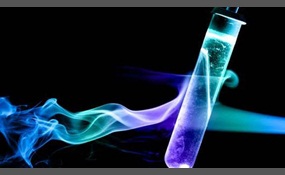 If you were a scientist, which one would you be?

A physicist is a scientist who does research in physics. Physicists study a wide range of physical phenomena in many branches of physics spanning all length scales: from sub-atomic particles of which all ordinary matter is made to the behavior of th... e material Universe as a whole   more
23 votes
3 comments
Physicist - Voter Comments

Macgreggor says2013-11-15T21:20:52.4406083-06:00
Report Post
Physics is crucial to understanding the world around us, the world inside us, and the world beyond us. It is the most basic and fundamental science. Physics challenges our imaginations with concepts like relativity and string theory, and it leads to great discoveries, like computers and lasers, that lead to technologies which change our lives—from healing joints, to curing cancer, to developing sustainable energy solutions What more could you ask for out of a scientific career?

A biologist is a scientist who studies living organisms and their relationship to their environment. Biologists involved in basic research attempt to discover underlying mechanisms that govern how organisms work. Biologists involved in applied resea... rch attempt to develop or improve medical, industrial or agricultural processes   more
22 votes
3 comments
Biologist - Voter Comments

An astronomer is a scientist who studies celestial bodies such as black holes, moons, planets, stars, nebulae, and galaxies, as well as Gamma-ray bursts and cosmic microwave background radiation. A related but distinct subject, cosmology, is concern... ed with studying the universe as a whole.An astronomer researches the world beyond earth.Historically, astronomy was more concerned with the classification and description of phenomena in the sky, while astrophysics attempted to explain these phenomena and the differences between them using physical laws. Today, that distinction has mostly disappeared and the terms "astronomer" and "astrophysicist" are interchangeable. Professional astronomers are highly educated individuals who typically have a PhD in physics or astronomy and are employed by research institutions or universities. They spend the majority of their time working on research, although they quite often have other duties such as teaching, building instruments, or aiding in the operation of an observatory. The number of professional astronomers in the United States is actually quite small. The American Astronomical Society, which is the major organization of professional astronomers in North America, has approximately 7,700 members. This number includes scientists from other fields such as physics, geology, and engineering, whose research interests are closely related to astronomy. The International Astronomical Union comprises almost 10,145 members from 70 different countries who are involved in astronomical research at the PhD level and beyond   more
13 votes
4 comments
Astronomer - Voter Comments

A chemist is a scientist trained in the study of chemistry. Chemists study the composition of matter and its properties. Chemists carefully describe the properties they study in terms of quantities, with detail on the level of molecules and their co... mponent atoms. Chemists carefully measure substance proportions, reaction rates, and other chemical properties.Chemists use this knowledge to learn the composition, and properties of unfamiliar substances, as well as to reproduce and synthesize large quantities of useful naturally occurring substances and create new artificial substances and useful processes. Chemists may specialize in any number of subdisciplines of chemistry. Materials scientists and metallurgists share much of the same education and skills with chemists. The work of chemists is often related to the work of chemical engineers, which are primarily concerned with the proper design, construction and evaluation of the most cost-effective large-scale chemical plants and work closely with industrial chemists on the development of new processes and methods for the commercial-scale manufacture of chemicals and related products   more
6 votes
2 comments
Chemist - Voter Comments

A geologist is a scientist who studies the solid and liquid matter that constitutes the Earth as well as the processes and history that has shaped it. Geologists usually engage in studying geology. Geologists, studying more of an applied science tha... n a theoretical one, must approach Geology using physics, chemistry and biology as well as other sciences. Geologists, compared to scientists engaged in other fields, are generally more exposed to the outdoors than staying in laboratories; although some geologists prefer to perform most of their studies in the lab.Geologists are engaged in exploration for mining companies in search of metals, oils, and other Earth resources. They are also in the forefront of natural hazards and disasters warning and mitigation, studying earthquakes, volcanic activity, tsunamis, weather storms, and the like; their studies are used to warn the general public of the occurrence of these events. Currently, geologists are also engaged in the discussion of climate change, as they study the history and evidence for this Earth process   more
4 votes
0 comments
Geologist - Voter Comments
No Comments
Vote & Comment
7

Macgreggor says2013-11-15T21:24:16.9937868-06:00
Report Post
Although 'Mad" scientist was a thought, I remembered what Sheldon cooper said about evil geniuses having advance degrees. He was going to have that checked into.

PotBelliedGeek says2013-11-16T08:35:53.6521725-06:00
Report Post
Scientist [ˈsaɪəntɪst] n a person who studies or practises any of the sciences or who uses scientific methods mathematics [ˌmæθəˈmætɪks ˌmæθˈmæt-] n 1. (Mathematics) (functioning as singular) a group of related sciences, including algebra, geometry, and calculus, concerned with the study of number, quantity, shape, and space and their interrelationships by using a specialized notation Ergo, mathematicians are scientists.

PotBelliedGeek says2013-11-16T13:31:37.2693543-06:00
Report Post
All scientists must be well versed in mathematics to some degree. The point is that mathematics is defined as a science, thus making mathematicians scientists, being defined as one who studies or practices any of the sciences.

NeuroPopulist93 says2014-07-19T06:36:34.1367397-05:00
Report Post
I have fervent desire to be a cognitive neuroscientist, but I decided to express this in words as it's inconveniently conspicuous to me that there is no "neuroscientist" option.