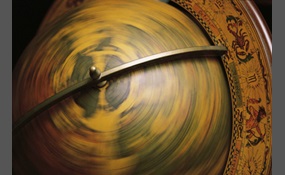 If you were forced to choose, which would that be? (Alternate History)

These are alternate histories that have had a chance of happening, choose whichever you believe is the best.

The British were fed up with the rebellion and sent troops by the masses to crush it swiftly and easily.
4 votes
2 comments
American Revolution suppressed. - Voter Comments

Through trade agreements with the Eastern Roman Empire, Rome is immersed in riches allowing the funding of troops to protect the borders. Due to this, there is a stronger Roman identity in western Europe and the nation-states of France, Spain, Portu... gal, Netherlands, Belgium, Ireland, England, Scotland, Italy, Wales, and Switzerland cease to exist   more
4 votes
2 comments
Western Roman Empire survives. - Voter Comments

58539672 says2015-10-11T06:52:10.1951189Z
Report Post
Rome is the most important civilization in European history. Its influence has effected so much of our daily lives that we don't even notice anymore. It would be interesting to see what would happen if it lasted a little longer.

greatkitteh says2015-10-11T07:50:56.5211153Z
Report Post
Perhaps it will abolosh Christainity, and survive. It would also indermine alot of Justinian, so Preferably it survives.
Vote & Comment
4

WW2 is a Nazi Victory.

The Nazis, due a series of decisions, won World War Two. They annex large chunks of Europe.
3 votes
1 comment
WW2 is a Nazi Victory. - Voter Comments

Through attrition and diplomacy (help from Europe), the Confederacy was able to hold it out. Culminating into stalemate in which the Union signs a peace treaty and recognizes the CSA as a nation.
3 votes
1 comment
Confederacy wins the American Civil War. - Voter Comments

(This would be pivotal for African History) Mussolini never wants to seek revenge on Ethiopia, allowing Ethiopia to continue its industrial ambitions. This leads to Ethiopia following a Japanese-style industrialization, making it one of Africa's ear... liest and only industrialized nation   more
1 vote
0 comments
No second Italo-Ethiopian war. - Voter Comments
No Comments
Vote & Comment
Leave a comment...
(Maximum 900 words)

Kreakin says2015-10-15T06:42:15.1322127Z
Report Post
American people would be richer, healthier and happier overall as part of Britain under the Monarchy and as part of the Common Wealth.