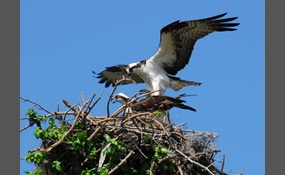 If you were re-born a bird which species of bird would you choose to be born in?

Aleksandr says2015-04-04T01:26:12.3438550-05:00
Report Post
A very strong predator who shows fierce combatant traits, owls are just smooth and strong. But Eagles are deadly and is more specialized in combat, because they were born to be mighty.
Vote & Comment
2

Pterodactyl is a 2005 horror film that premiered on the Sci Fi Channel. The film is directed by Mark L. Lester.
1 vote
0 comments
Pterodactyl - Voter Comments
No Comments
Vote & Comment
6

Hawk is a common name for some small to medium-sized diurnal birds of prey, widely distributed and varying greatly in size.The subfamily Accipitrinae includes goshawks, sparrowhawks, the sharp-shinned hawk and others. These are mainly woodland birds...  with long tails and high visual acuity, hunting by sudden dashes from a concealed perch.In the Americas, members of the Buteo group are also called hawks; these are called buzzards in other parts of the world. Generally buteos have broad wings and sturdy builds. They are relatively larger winged, shorter-tailed and soar more extensively in open areas than accipiters, descending or pouncing on their prey rather than making fast horizontal pursuit.The terms buteonine hawk and accipitrine hawk may be used to distinguish the two types, in regions where hawk applies to both. The term "true hawk" is sometimes used for the accipitrine hawks, in regions where buzzard is preferred for the buteonine hawks.All these groups are members of the Accipitridae family, which includes the hawks and buzzards as well as kites, harriers and eagles.Some authors use "hawk" generally for any small to medium Accipitrid that is not an eagle   more
1 vote
0 comments
Hawk - Voter Comments
No Comments
Vote & Comment
7