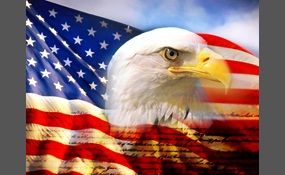 TheDebateTwins says2014-04-08T13:03:54.9350860-05:00
Report Post
because weve just had the legal marriage for Gay people , and they should have exactly the same rights, so they should show to all the Gay people that they do have the same rights , and can inspire people who are wondering about there sexuality , and comeforth and be strong if they are Gay and sexuality if they like men or women... bye have a gay day
Vote & Comment
5

Vladimir Vladimirovich Putin has been the President of Russia since 7 May 2012. He previously served as President from 2000 to 2008, and as Prime Minister of Russia from 1999 to 2000 and again from 2008 to 2012. During that last term as Prime Minist... er, he was also the Chairman of the United Russia political party.For 16 years Putin served as an officer in the KGB, rising to the rank of Lieutenant Colonel before he retired to enter politics in his native Saint Petersburg in 1991. He moved to Moscow in 1996 and joined President Boris Yeltsin's administration where he rose quickly, becoming Acting President on 31 December 1999 when Yeltsin resigned unexpectedly. Putin won the subsequent 2000 presidential election and was re-elected in 2004. Because of constitutionally mandated term limits, Putin was ineligible to run for a third consecutive presidential term in 2008. Dmitry Medvedev won the 2008 presidential election and appointed Putin as Prime Minister, beginning a period of so-called "tandemocracy". In September 2011, following a change in the law extending the presidential term from four years to six, Putin announced that he would seek a third, non-consecutive term as President in the 2012 presidential election, an announcement which led to large-scale protests in many Russian cities. He won the election in March 2012 and is serving a six-year term   more
0 votes
0 comments
Vladimir Putin - Voter Comments
No Comments
Vote & Comment
16

A Former Mother who had a abortion

0 votes
0 comments
A Former Mother who had a abortion - Voter Comments
No Comments
Vote & Comment
Leave a comment...
(Maximum 900 words)