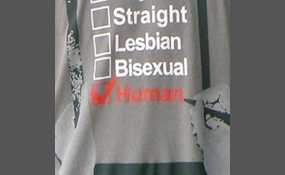 Is anti-gay marriage a lost cause for the GOP and could it be the death of the GOP?

As years progress, society is progressing and same-sex marriage approval increases. A 2014 Gallup poll says 55% of Americans support compared to 42% opposing, as support increases and opposition decreases, will the GOP change their platform in fear of losing elections or will the cling to cause them to cease to exist?

The GOP will change their platform in order to stay alive

The GOP will end up changing their platform and abandon parts of their ideology in order to stay relevant to society with a chance of winning elections if they want to stay alive and be relevant in the political world just as all conservative partie... s end up doing   more
10 votes
3 comments
The GOP will change their platform in order to stay alive - Voter Comments

The GOP will not be doomed if they don't change.

The GOP will not cease to exist because of their losing opposition to same-sex marriage because people won't continue to support gay marriage in the future and/or.... (write your answer)
5 votes
0 comments
The GOP will not be doomed if they don't change. - Voter Comments
No Comments
Vote & Comment
3

The GOP will be doomed if they continue their anti-gay platform because while the rest of the world changes and progresses, they're clinging to an belief that is becoming obsolete to the majority of people creating a disillusionment and they switch ... to other political parties (I.E Libertarian Party)   more
0 votes
0 comments
The GOP will be doomed because they will cling to the lost cause - Voter Comments
No Comments
Vote & Comment
Leave a comment...
(Maximum 900 words)