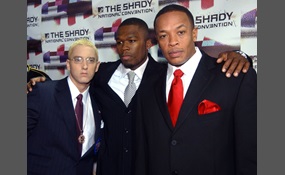 Is Eminem a better rapper then Dr. Dre? 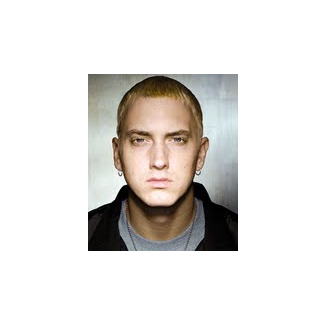 Marshall Bruce Mathers III, best known by his stage name Eminem, is an American rapper, songwriter, record producer, and actor. In addition to his solo career, Eminem is a member of the group D12, as well as one half of the hip hop duo Bad Meets Evil, alongside Royce da 5'9". Eminem is the best-selling artist of the 2000s in the United States. Rolling Stone magazine ranked him 82nd on its list of The 100 Greatest Artists of All Time. The same magazine declared him The King of Hip Hop. Including his work with D12 and Bad Meets Evil, Eminem has achieved ten number-one albums on the Billboard 200. Eminem has sold more than 155 million albums and singles, making him one of the world's best-selling artists of all time. As of June 2014, he is the second best selling male artist of the Nielsen SoundScan era, the sixth best overall selling artist in the United States, and the best-selling hip-hop artist having sold 45,160,000 albums and 31 million digital singles.After his debut album Infinite, Eminem rose to mainstream popularity in 1999 with his second album The Slim Shady LP. The Slim Shady LP was a commercial success and earned the rapper his first Grammy Award for Best Rap Album. 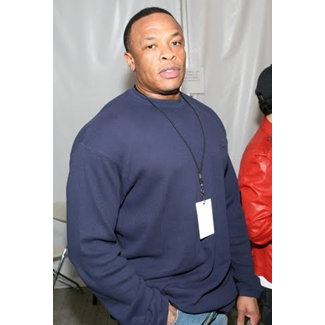 Andre Romelle Young, known by his stage name Dr. Dre, is an American record producer, rapper and entrepreneur. He is the founder and current CEO of Aftermath Entertainment and Beats Electronics. Dre was previously the co-owner of, and an artist on, Death Row Records. He has produced albums for and overseen the careers of many rappers, including Snoop Dogg, Eminem, Xzibit, 50 Cent, The Game, and Kendrick Lamar. He is credited as a key figure in the popularization of West Coast G-funk, a style of rap music characterized as synthesizer-based with slow, heavy beats. In 2014, Dr. Dre was ranked as the second richest figure in the American hip hop scene by Forbes with a net worth of $550 million. And, Forbes also ranked him as the highest paid musician, at $620 million dollars in 2014.Dre began his career as a member of the World Class Wreckin' Cru and later found fame with the influential gangsta rap group N.W.A with Eazy-E, Ice Cube, MC Ren, and DJ Yella, which popularized the use of explicit lyrics in rap to detail the violence of street life.

Kingzkilla69 says2015-10-21T12:42:59.9663419Z
Report Post
Im not voting because they are both friends and even if eminem is better its not only that dr dre is a DJ singing rap song but without dr dre eminem would have never been discovered use dr dre took a chance at singing him