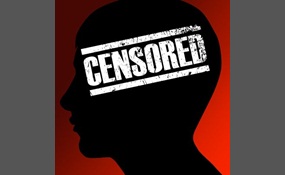 Is it right to ban something because a few people think it's wrong?

debate_power says2014-08-04T16:15:41.4221885-05:00
Report Post
A country counts as an organization. The rules are set by the people who run the organization. They decide what is right and what is wrong, whether they are right or wrong themselves. Anyhow, if the people who decide if something is right or wrong do so according to the Bible, then I'm all for it. If they, the few, have more knowledge and intelligence than the many, and call something wrong or right according to the NEEDS of the many, and know that what they are banning has more negative effects than positive effects, then they are right, if they are already right according to the Bible.

No is a 2012 Chilean drama film directed by Pablo Larraín. The film is based on the unpublished play El Plebiscito, written by Antonio Skármeta. Mexican actor Gael García Bernal plays René, an in-demand advertising man working in Chile in the late 1... 980s. The historical moment the film captures is when advertising tactics came to be widely used in political campaigns. The campaign in question was the historic 1988 plebiscite of the Chilean citizenry over whether dictator Augusto Pinochet should stay in power for another eight years.At the 85th Academy Awards the film was nominated for the Best Foreign Language Film Oscar   more
0 votes
0 comments
No! - Voter Comments
No Comments
Vote & Comment
Leave a comment...
(Maximum 900 words)