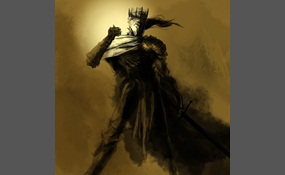 I believe that Melkor or, Morgoth is more powerful than Voldemort

Yes, Melkor is more powerful by a long shot

0FOver says2015-05-18T08:31:34.8520773-05:00
Report Post
Voldemord can't defeat Dumbledore. Dumbledore is not that powerfull compared to other wizards from older times. Melkor is a god and is immortal, while both Voldemord and Dumbledore can die. Even if they create horcruxes they can be destroyed easily.

The Book of Lost Tales, Part One says that morgoth is a god.

Philocat says2015-05-18T10:59:53.1670351-05:00
Report Post
In the first age of Middle Earth, the dark lord Melkor, or Morgoth as he went on to be called, was the major antagonist against the forces of elves, dwarves and men. He was Sauron's master, but was defeated at the end of the first age in the War of Wrath.
Privacy Policy | Terms of Use
Sitemap | View Desktop Version
©2020 Debate.org. All rights reserved.