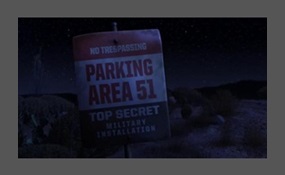 Is the goverment hiding something from us and what

The Yankees Entertainment and Sports Network is an American cable and satellite television regional sports network based in New York City, New York; it broadcasts a variety of sports events, with an emphasis on New York Yankees baseball games, and B... rooklyn Nets basketball games. The channel is primarily owned by 21st Century Fox, with Yankee Global Enterprises owning a 20% interest. In fall 2013, YES began carrying Fox Sports programming that was previously shown on MSG+.YES Network's offices are based at the Chrysler Building in Manhattan. YES programming, including Yankees and Nets pre- and post-game shows are produced in studios that are located in Stamford, Connecticut. YES Network debuted on March 19, 2002. The channel is available locally in New York, New Jersey, Connecticut, and parts of Pennsylvania; it is available nationally on DirecTV and in the sports tier of cable systems, and regionally on AT&T U-verse and Verizon FiOS   more
7 votes
3 comments
Yes - Voter Comments

PericIes says2015-09-07T19:44:55.4015493Z
Report Post
The government is hiding its secret underground army of lizard men from us, led by their lizard king, who is none other than Steven Tyler, also known as Borgok, Destroyer of Worlds. The government will unleash this army on us when Premier communist Nazi pinko hippie socialist Satanist puppy-kicker in chief Obama declares martial law on the God-fearing, law-abiding denizens of the American Southwest, following the completion of martial law practice, also known as operation Jade Helm.