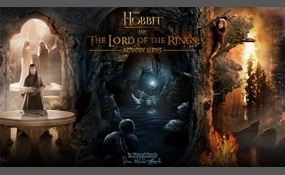 Is the Lord Of The Rings better or The Hobbit? 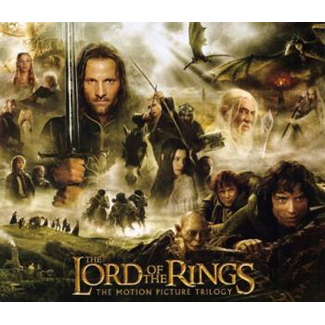 Lord Of The Rings

The Lord of the Rings is a film series consisting of three epic fantasy adventure films directed by Peter Jackson. They are based on the novel The Lord of the Rings by J. R. R. Tolkien. The films are subtitled The Fellowship of the Ring, The Two Towers and The Return of the King. They were distributed by New Line Cinema.Considered to be one of the biggest and most ambitious film projects ever undertaken, with an overall budget of $281 million, the entire project took eight years, with the filming for all three films done simultaneously and entirely in New Zealand, Jackson's native country. Each film in the series also had special extended editions released on DVD a year after their respective theatrical releases. While the films follow the book's general storyline, they do omit some of the novel's plot elements and include some additions to and deviations from the source material.Set in the fictional world of Middle-earth, the films follow the hobbit Frodo Baggins as he and a Fellowship embark on a quest to destroy the One Ring, and thus ensure the destruction of its maker, the Dark Lord Sauron.

Lord Of The Rings - Voter Comments

YoreLore says2015-06-27T12:45:26.9673763-05:00
Report Post
In every way. While The Lord of the Rings isn't perfect, it at least made a good effort in following at least the basic plot of the novel. I didn't like major changes to characters or the exclusion of important scenes etc, but as a movie trilogy it really works. The Hobbit is The Hobbit in name only, it focused too much on CGI, changed just about every character, added too many useless scenes and even useless characters. It's a shame that this needless trilogy is now associated with The Lord of the Rings trilogy. I could barely get through them. I have watched The Lord of the Rings trilogy many many times, but will certainly never go near The Hobbit again.

ChristopherCaldwell says2015-07-05T16:48:45.7155787-05:00
Report Post
Lord of the Rings took three books and made three epics, centered around characters I actually cared about. The combination of CGI and real life was pretty good, and the story decent pacing and action. The Hobbit trilogy on the other hand, takes a bedtime story and stretches it out into three separate films, with some parts feeling slow, and other parts are faster than Legolas' arrows. While I do think the book could've been a decent two part adventure on the cinematic screen, the Hobbit trilogy simply does not deliver. 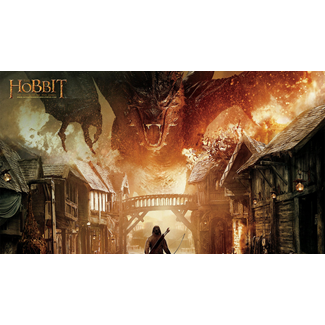 The Hobbit is a film series consisting of three epic fantasy adventure films directed by Peter Jackson. They are based on the 1937 novel The Hobbit by J. R. R. Tolkien. Portions of the trilogy are also adapted from the appendices to The Return of the King, which expand on the story told in The Hobbit. The films are subtitled An Unexpected Journey, The Desolation of Smaug, and The Battle of the Five Armies.The screenplay was written by Fran Walsh, Philippa Boyens, Jackson, and Guillermo del Toro, who was originally chosen to direct before his departure from the project. The films take place in the fictional world of Middle-earth sixty years before the beginning of The Lord of the Rings, and follow hobbit Bilbo Baggins, who is convinced by the wizard Gandalf the Grey to accompany thirteen dwarves, led by Thorin Oakenshield, on a quest to reclaim the Lonely Mountain from the dragon Smaug. The films also expand upon certain elements from the novel and other source material, such as Gandalf's investigation at Dol Guldur, and the pursuit of Azog and Bolg, who seek vengeance against Thorin and his ancestors.