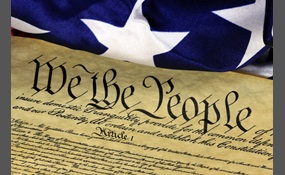 Is the United States a Republic or Democracy?

A republic is a form of government in which power is exercised by the public at large, and affairs of state are a concern of the public sphere, rather than privately accommodated. In modern times the definition of a republic is also commonly limited...  to a government which excludes a monarch. Currently, 135 of the world's 206 sovereign states use the word "republic" as part of their official names.Both modern and ancient republics vary widely in their ideology and composition. In classical and medieval times the archetype of all republics was the Roman Republic, which referred to Rome in between the period when it had kings, and the period when it had emperors. The Italian medieval and Renaissance political tradition today referred to as "civic humanism" is sometimes considered to derive directly from Roman republicans such as Sallust and Tacitus. However, Greek-influenced Roman authors, such as Polybius and Cicero, sometimes also used the term as a translation for the Greek politeia which could mean regime generally, but could also be applied to certain specific types of regime which did not exactly correspond to that of the Roman Republic. Republics were not equated with classical democracies such as Athens, but had a democratic aspect   more
10 votes
2 comments
Republic - Voter Comments

Democracy is a form of government in which all eligible citizens participate equally—either directly or indirectly through elected representatives—in the proposal, development, and creation of laws. It encompasses social, religious, cultural, ethnic...  and racial equality, justice, liberty and fraternity. The term originates from the Greek δημοκρατία "rule of the people", which was coined from δῆμος "people" and κράτος "power" or "rule" in the 5th century BCE to denote the political systems then existing in Greek city-states, notably Athens; the term is an antonym to ἀριστοκρατία "rule of an elite". While theoretically these definitions are in opposition, in practice the distinction has been blurred historically. The political system of Classical Athens, for example, granted democratic citizenship to an elite class of free men and excluded slaves and women from political participation. In virtually all democratic governments throughout ancient and modern history, democratic citizenship consisted of an elite class until full enfranchisement was won for all adult citizens in most modern democracies through the suffrage movements of the 19th and 20th centuries. The English word dates to the 16th century, from the older Middle French and Middle Latin equivalents   more
1 vote
0 comments
Democracy - Voter Comments
No Comments
Vote & Comment
Leave a comment...
(Maximum 900 words)