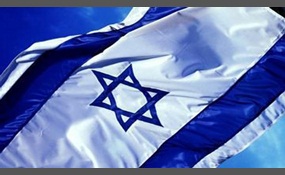 Is there a need for a 'Right to return' for Jewish people to Israel?

Yes Means Yes: Visions of Female Sexual Power and A World Without Rape is a feminist-themed book by Jaclyn Friedman and Jessica Valenti published in 2008. The book was one of the 99 Publishers Weekly's Best Books of 2009 and has inspired a sex educa... tion non-credit course at Colgate UniversityThe book consists of a series of 27 essays by various authors which all share the central theme of preventing rape by addressing the cultural and societal milieu that the authors claim is complicit in enabling rape. The title is a reference to the popular "No Means No" campaign against date rape. Contributors to the anthology include Rachel Kramer Bussel, Leah Lakshmi Piepzna-Samarasinha, Stacey May Fowles, Coco Fusco, Lisa Jervis, Heather Corinna, Julia Serano, Hanne Blank, and Margaret Cho   more
4 votes
0 comments
Yes - Voter Comments
No Comments
Vote & Comment
2

BblackkBbirdd says2014-07-28T20:22:28.3006181-05:00
Report Post
Opps, I put 'right' instead of 'law of return'. In answer to your question, neither really. Law of return means that every Jew in the world is granted the right to settle in Israel. The question is meant to ask, but isn't really clear in doing so (tired, not concise when tired, going to bed now) whether this law is still 'needed' today and if there is still a place for it. I was thinking about how the law is fundamentally discriminatory, notably how a Palestinian refugee can't automatically gain the right to settle on land their ancestors lived on for hundreds of years but someone from the opposite end of the earth can, just because they're Jewish. Also one of the main arguments for creating Israel was that so there would be a country where Jews wouldn't be persecuted but in 2014 this isn't an issue due to anti-discrimination laws etc. So, yeah, I'm not asking if Israel has the right to exist or if Jews have a right to live in the region, but if this law which automatically gives you the right to gain citizenship somewhere because of your religion is sill 'needed' today (taking into consideration the reasons for creating this law in the first place).