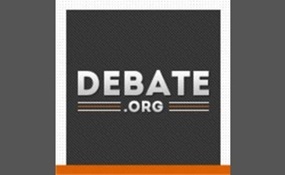 Is this place left or right wing biased

In left-right politics, left-wing politics are political positions or activities that accept or support social equality, often in opposition to social hierarchy and social inequality. It is typically justified on the basis of concern for those in so... ciety who are perceived as disadvantaged relative to others and an assumption that there are unjustified inequalities that need to be reduced or abolished.The political terms Left and Right were coined during the French Revolution, referring to the seating arrangement in the Estates General: those who sat on the left generally opposed the monarchy and supported the revolution, including the creation of a republic and secularization, while those on the right were supportive of the traditional institutions of the Old Regime. Use of the term "Left" became more prominent after the restoration of the French monarchy in 1815 when it was applied to the "Independents".The term was later applied to a number of movements, especially republicanism during the French Revolution, socialism, communism, and anarchism   more
8 votes
1 comment
Left-wing - Voter Comments

DeuceKaboose says2015-08-23T20:53:05.4727519Z
Report Post
I made the left wing symbol the democrats because most people here are from the US, I'm Canadian myself but I could not think of a symbol more synonymous with the left than the Democrat Donkey.

PericIes says2015-08-23T22:03:37.7474415Z
Report Post
It really depends. On the one hand, similar to YouTube, atheists are WAY over-represented on this site relative to their size in the real-world population, and atheism is generally labelled as being on the "left" wing of the religion/lack thereof spectrum. On the other hand, there seem to be more economic conservatives.

Haroush says2015-08-24T01:14:27.2787385Z
Report Post
There is definitely more liberals on here than conservatives. Some users like to troll and act like they are left wing or right wing, but in reality are not.