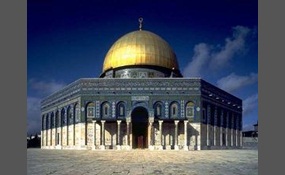 Islamism= Islamic Theocracy, or "Political Islam". I have made another poll on favourite sects of Islamism. Please don't put me on the NSA watchlist

Wahhabism or Wahhabi mission is a religious movement or sect or form of Sunni Islam variously described as "orthodox", "ultraconservative", "austere", "fundamentalist", "puritanical", describes an Islamic "reform movement" to restore "pure monotheis... tic worship", or an "extremist pseudo-Sunni movement". Adherents often object to the term Wahhabi or Wahhabism as derogatory, and prefer to be called Salafi or muwahhid.Wahhabism is named after an eighteenth century preacher and scholar, Muhammad ibn Abd al-Wahhab. He started a revivalist movement in the remote, sparsely populated region of Najd, advocating a purging of practices such as the popular cult of saints, and shrine and tomb visitation, widespread among Muslims, but which he considered idolatry, impurities and innovations in Islam. Eventually he formed a pact with a local leader Muhammad bin Saud offering political obedience and promising that protection and propagation of the Wahhabi movement, would mean "power and glory" and rule of "lands and men." The movement is centered on the principle of Tawhid, or the "uniqueness" and "unity" of God   more
4 votes
2 comments
Wahhabism - Voter Comments

lotsoffun says2015-07-14T15:38:11.7566247-05:00
Report Post
This is the angry controlling side of Islam. The Saudis spend billions spreading this nonsense in order to eventually destabilize the western world by indoctrinating Western Muslims into their 7th century way of thinking. It's called Muslim creep. They get us used to Muslim ways and eventually we lose ourselves.
Vote & Comment
2

The Salafist movement, also known as the Salafi movement, is a movement within Islam that references the Salafist doctrine known as Salafism. It takes its name from the term salaf used to identify the earliest Muslims, who, its adherents believe, pr... ovide the epitome of Islamic practice. A hadith which quotes Muhammad saying "The people of my own generation are the best, then those who come after them, and then those of the next generation," is seen as a call to Muslims to follow the example of those first three generations, the salaf.Many Muslims in Qatar, UAE and Saudi Arabia are Salafists. 46.87% of Qataris and 44.8% of Emiratis are Salafis. 5.7% of Bahrainis are Salafis and 2.17% of Kuwaitis are Salafis.Salafis are the "dominant minority" in Saudi Arabia. There are 4 million Saudi Salafis, with that country's population being described as 22.9% Salafis while most of the rest as a separate "Wahhabi" category. The Salafi movement is often described as synonymous with Wahhabism, but Salafists consider the term "Wahhabi" derogatory. Observers differ over whether Salafi are the same as Wahhabis or not   more
1 vote
1 comment
Salafism - Voter Comments

Pan-Islamism is a political movement advocating the unity of Muslims under one Islamic state – often a Caliphate – or an international organization similar to a European Union with Islamic principles. As a form of religious nationalism, Pan-Islamism...  differentiates itself from other pan-nationalistic ideologies, for example Pan-Arabism, by excluding culture and ethnicity as primary factors towards unificati   more
1 vote
0 comments
Pan-Islamism - Voter Comments
No Comments
Vote & Comment
4

None of the Above, also known as "against all" or a "scratch" vote, is a ballot option in some jurisdictions or organizations, designed to allow the voter to indicate disapproval of all of the candidates in a voting system. It is based on the princi... ple that consent requires the ability to withhold consent in an election, just as they can by voting no on ballot questions.Entities that include "None of the Above" on ballots as standard procedure include India, Greece, the U.S. state of Nevada, Ukraine, Spain, and Colombia. Russia had such an option on its ballots until it was abolished in 2006. Bangladesh introduced this option in 2008. Pakistan introduced this option on ballot papers for the 2013 Pakistan elections but later the Election Commission of Pakistan rejected this.When None of the Above is listed on a ballot, there is the possibility of NOTA receiving a majority or plurality of the vote, and so "winning" the election   more
1 vote
0 comments
None of the above - Voter Comments
No Comments
Vote & Comment
5

The first Shia theocracy in the 20th century was established in Iran following the Iranian Revolution that led to the fall of the Shah of Iran. The constitutional name of Iran was established as the Islamic Republic of Iran. Islam is the state relig... ion of the country.Under the post-revolution Iranian constitution of 1979, Iran is government first and foremost by the Supreme Leader of Iran, who is responsible for the delineation and supervision of "the general policies of the Islamic Republic of Iran". The Supreme Leader is Commander-in-Chief of the armed forces, controls the military intelligence and security operations; and has sole power to declare war. The heads of the judiciary, state radio and television networks, the commanders of the police and military forces and six of the twelve members of the Council of Guardians are appointed by the Supreme Leader. The Assembly of Experts elects and dismisses the Supreme Leader on the basis of qualifications and popular esteem. The Assembly of Experts is responsible for supervising the Supreme Leader in the performance of legal duti   more
0 votes
0 comments
Shia Theocracy - Voter Comments
No Comments
Vote & Comment
7

Islamic democracy refers to a political ideology that seeks to apply Islamic principles to public policy within a democratic framework. Islamic political theory specifies three basic features of an Islamic democracy: leaders must be elected by the p... eople, subject to sharia and committed to practicing shura, or consultation, with their community. [1] Countries which fulfil the three basic features include Pakistan, Iran and Malaysia amongst others. Saudi Arabia and the UAE are examples of countries that do not adhere to the principles of Islamic democracy despite being Islamic countries, as these countries do not hold elections. The expression of Islamic democracy is different in the Muslim majority countries, as sharia interpretations vary from country to country, and the use of sharia is more comprehensive in countries in which sharia forms the basis for state law   more
0 votes
0 comments
Islamic Democracy - Voter Comments
No Comments
Vote & Comment
Leave a comment...
(Maximum 900 words)