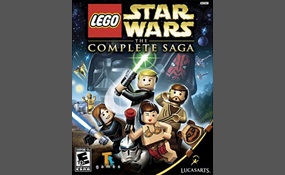 Lego Star Wars III: The Clone Wars is a 2011 Lego game for the PlayStation 3, PlayStation Portable, Xbox 360, Wii, Nintendo DS, PC and Nintendo 3DS consoles, and based on The Clone Wars animated series, developed by Traveller's Tales and published b... y LucasArts and TT Games, released in March 2011 and is the latest game of the Lego Star Wars video game series. Lego Star Wars III features missions and characters from the Clone Wars television series, as well as favorite characters from the original Star Wars saga, in both single-player and multiplayer gameplay modes. The Mac OS X version of the game has been released by Feral Interactive   more
0 votes
0 comments
Lego Star Wars III: The Clone Wars - Voter Comments
No Comments
Vote & Comment
No comments yet.
Leave a comment...
(Maximum 900 words)
Privacy Policy | Terms of Use
Sitemap | View Desktop Version
©2021 Debate.org. All rights reserved.