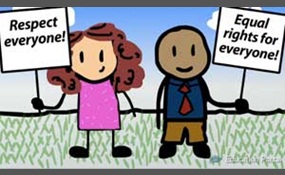 Pick your fav folks. Which one would you want to be president assuming they were alive today?

John Fitzgerald Kennedy (May 29, 1917 – November 22, 1963), also referred to as John F. Kennedy, JFK, John Kennedy or Jack Kennedy, was the 35th President of the United States. He served from 1961 until his assassination in 1963. Major events during...  his presidency include the Bay of Pigs Invasion, the Cuban Missile Crisis, the building of the Berlin Wall, the Space Race, the American Civil Rights Movement and early events of the Vietnam War.John F. Kennedy was assassinated on November 22, 1963 in Dallas, Texas, United States. Lee Harvey Oswald was charged with the crime, but was himself murdered two days later by Jack Ruby before Oswald could be put on trial. The Warren Commission concluded that Oswald had acted alone in killing the president. However, the House Select Committee on Assassinations concluded in 1979 that there may have been a conspiracy. For the public at large, the entire subject remains controversial and shrouded in mystery with multiple allegation theories. The assassination itself proved to be a defining moment in U.S. History due to its traumatic impact on the psycheof the nation and its ensuing political fallout; a historical falloutthat influenced, and continues to influence, the temperament ofAmerican society. President Kennedy is now regarded as an icon ofAmerican hopes and aspirations to every new generation of Americans   more
10 votes
4 comments
John F. Kennedy - Voter Comments

WNdebater says2015-04-19T21:05:58.9646290-05:00
Report Post
He's the only one on here who's not a borderline marxist. He actually said some great things about capitalism. “Our tax system still siphons out of the private economy too large a share of personal and business purchasing power and reduces the incentive for risk, investment and effort – thereby aborting our recoveries and stifling our national growth rate.” "It is a paradoxical truth that tax rates are too high and tax revenues are too low and the soundest way to raise the revenues in the long run is to cut the rates now … Cutting taxes now is not to incur a budget deficit, but to achieve the more prosperous, expanding economy which can bring a budget surplus.” “It is no contradiction – the most important single thing we can do to stimulate investment in today’s economy is to raise consumption by major reduction of individual income tax rates.”

Elizabeth Ann Warren is an American academic and politician, who is the senior United States Senator from Massachusetts and a member of the Democratic Party. She was previously a Harvard Law School professor specializing in bankruptcy law. Warren is...  an active consumer protection advocate whose work led to the conception and establishment of the U.S. Consumer Financial Protection Bureau. She has written a number of academic and popular works, and is a frequent subject of media interviews regarding the American economy and personal finance.In the wake of the 2008 financial crisis, Warren served as chair of the Congressional Oversight Panel created to oversee the Troubled Asset Relief Program. She later served as Assistant to the President and Special Advisor to the Secretary of the Treasury for the Consumer Financial Protection Bureau under President Barack Obama. In the late 2000s, she was recognized by publications such as the National Law Journal and the Time 100 as an increasingly influential public policy figure.In September 2011, Warren announced her candidacy for the U.S. Senate, challenging Republican incumbent Scott Brown   more
6 votes
0 comments
Elizabeth Warren - Voter Comments
No Comments
Vote & Comment
3

Franklin Delano Roosevelt, commonly known by his initials FDR, was an American statesman and political leader who served as the 32nd President of the United States. A Democrat, he was elected four times and served from March 1933 to his death in Apr... il 1945. He was a central figure in world events during the mid-20th century, leading the United States during a time of worldwide economic depression and total war. A dominant leader of the Democratic Party, he built a New Deal Coalition that realigned American politics after 1932, as his New Deal domestic policies defined American liberalism for the middle third of the 20th century.Roosevelt defeated incumbent Republican Herbert Hoover in November 1932, at the depth of the Great Depression. Energized by his personal victory over polio, FDR used his persistent optimism and activism to renew the national spirit. Assisted by key aide Harry Hopkins, he worked closely with British Prime Minister Winston Churchill and Soviet leader Joseph Stalin in leading the Allies against Nazi Germany, Fascist Italy and Imperial Japan in World War II   more
6 votes
2 comments
Franklin D. Roosevelt - Voter Comments

Joseph Robinette "Joe" Biden, Jr. Is the 47th and current Vice President of the United States, jointly elected with President Barack Obama. He is a member of the Democratic Party and was a United States Senator from Delaware from January 3, 1973, un... til his resignation on January 15, 2009, following his election to the Vice Presidency. In 2012, Biden was elected to a second term alongside Obama.Biden was born in Scranton, Pennsylvania, and lived there for ten years before moving to Delaware. He became an attorney in 1969, and was elected to the New Castle County council in 1970. Biden was first elected to the Senate in 1972 and became the sixth-youngest senator in U.S. history. He was re-elected to the Senate six times, and was the fourth most senior senator at the time of his resignation. Biden was a long-time member and former chairman of the Foreign Relations Committee. His strong advocacy helped bring about U.S. military assistance and intervention during the Bosnian War. He opposed the Gulf War in 1991. He voted in favor of the Iraq War Resolution in 2002, but later proposed resolutions to alter U.S. strategy there   more
2 votes
0 comments
Joe Biden - Voter Comments
No Comments
Vote & Comment
5

Bernard "Bernie" Sanders is an American politician and the junior United States Senator from Vermont. Before serving in the Senate, he represented Vermont's at-large congressional district in the United States House of Representatives and served as ... mayor of Burlington, the largest city in Vermont. Sanders is a self-described democratic socialist, and has praised Scandinavian-style social democracy.Sanders runs for office as an independent but caucuses with the Democratic Party and is counted as a Democrat for purposes of committee assignments. He was the only independent member of the House during most of his service and is the longest-serving independent in U.S. Congressional history.In an interview with The Nation on March 6, 2014, Sanders stated that he is "prepared to run for President of the United States" in 2016   more
1 vote
0 comments
Bernie Sanders - Voter Comments
No Comments
Vote & Comment
Leave a comment...
(Maximum 900 words)