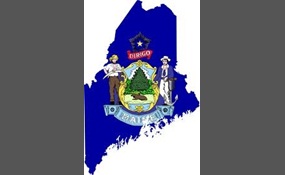 Who would you vote for in the 2014 Maine gubernatorial election

Paul Richard LePage is an American businessman and Republican Party politician who currently serves as the 74th Governor of Maine. He was the mayor of Waterville from 2003 to 2011, and was a city councilor prior to that. He worked as general manager...  of the 14-store discount chain Marden's Surplus and Salvage from 1996 until 2011   more
3 votes
0 comments
Paul LePage - Voter Comments
No Comments
Vote & Comment
2

Michael Herman "Mike" Michaud is an American politician from Maine. Michaud has served as the U.S. Representative for Maine's 2nd congressional district since 2003. He is a member of the Democratic Party. The primarily rural district comprises nearl... y 80% of the state by area and includes the cities of Lewiston, Auburn, Bangor, and Presque Isle. It is the largest Congressional district by area east of the Mississippi River.Michaud was previously President of the Maine Senate. He was employed for over two decades at the Great Northern Paper Company and remains a member of the United Steelworkers. He is one of the few current members of Congress never to have attended college.Michaud, who speaks French, is the first Franco-American to be elected to a U.S. federal office from Maine. He was elected as a co-chair of the congressional French Caucus in January 2011.Michaud is the Democratic nominee for Governor of Maine in the 2014 election   more
3 votes
0 comments
Mike Michaud - Voter Comments
No Comments
Vote & Comment
3

Eliot Cutler is an American lawyer who is an Independent candidate in Maine's 2014 gubernatorial race. He ran for the same office in the 2010 election.
0 votes
0 comments
Eliot Cutler - Voter Comments
No Comments
Vote & Comment
4