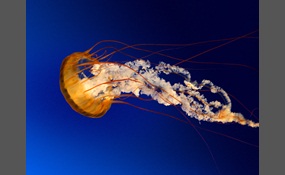 Minecraft is a sandbox independent video game originally created by Swedish programmer Markus "Notch" Persson and later developed and published by the Swedish company Mojang since 2009. The creative and building aspects of Minecraft allow players to...  build constructions out of textured cubes in a 3D procedurally generated world. Other activities in the game include exploration, gathering resources, crafting, and combat. Multiple gameplay modes are available, including survival modes where the player must acquire resources to build the world and maintain health, a creative mode where players have unlimited resources to build and the ability to fly, and an adventure mode where players play custom maps created by other players.The alpha version was publicly released for PC on May 17, 2009, and after gradual updates, the full version was released on November 18, 2011. A version for Android was released a month earlier on October 7, and an iOS version was released on November 17, 2011   more
8 votes
2 comments
Minecraft - Voter Comments

Terraria is an action-adventure sandbox indie video game series, developed by game studio Re-Logic, available on Microsoft Windows with ports for Xbox Live, PlayStation Network, Windows Phone, Android, and iOS. The game features exploration, craftin... g, construction, and combat with a variety of creatures in a randomly generated 2D world.Originally released for Microsoft Windows on May 16, 2011, the game is estimated to have sold about 50,000 copies during its first day of release, with over 17,000 players online at the same time during the first day's peak. 200,000 copies of the game were sold, making it the top-selling game on Steam for the week, ahead of The Witcher 2 and Portal 2. It remained number one on Steam for the first six days of its release, and as of January 2013 has sold over 2,500,000 copies. Terraria became DRM-free on October 2, 2014 when it was released on GOG.Com.The game was released on PlayStation Network and Xbox Live Arcade at the end of March 2013 with exclusive content. The PS3 European and Australian release date was May 15, 2013. It was announced on March 28, 2013 that Terraria is coming to the PlayStation Vita. It was released on December 11, 2013   more
5 votes
2 comments
Terraria - Voter Comments

bpeast says2015-07-26T22:04:56.4830391-05:00
Report Post
Terraria all the way. Minecraft is for wimps who cannot handle harder bosses even with all the better items, wings, mobs and everything else awesome that is in Terraria. Suck on that Minecraftians. Plus Terraria was the first one out.

Roblox, stylized as RŌBLOX, is a massively multiplayer online game created and marketed toward children and teenagers aged 8–18. In the game, players are able to create their own virtual world, in which they or other members may enter and socialize ... within the blocks of varying shapes, sizes, and colors. Games on Roblox can be scripted using a sandboxed edition of Lua 5.1, to affect events that occur in-game and create different scenarios. The company's main source of revenue comes from the "Builders Club" virtual benefits, in which users who have created an account may purchase either Builders Club, Turbo Builders Club, or Outrageous Builders Club, otherwise known by users as BC, TBC, and OBC, respectively   more
3 votes
2 comments
Roblox - Voter Comments

Team Fortress 2 is a team-based first-person shooter multiplayer video game developed by Valve Corporation. It is a sequel to the original mod Team Fortress and its GoldSrc engine remake. It was first released as part of the video game compilation T... he Orange Box on October 10, 2007 for Windows and the Xbox 360. A PlayStation 3 version then followed on December 11, 2007. The game was later released as a standalone package for Windows on April 8, 2008, for OS X two years later, and for Linux on February 14, 2013. Team Fortress 2 is distributed online through the download retailer Steam, while retail distribution was handled by Electronic Arts. On June 23, 2011, the game became a free-to-play title, supported by microtransactions for unique in-game equipment through Steam. The development of Team Fortress 2 is led by John Cook and Robin Walker, who originally created the Team Fortress modification for Quake in 1996.The game was announced in 1998, and was first powered by Valve's GoldSrc engine, but this changed as it passed through several different design stages   more
3 votes
1 comment
Team Fortress 2 - Voter Comments

They are all stupid