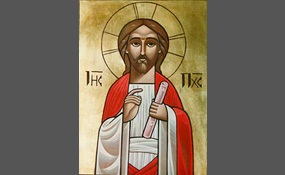 What the what is this poll about?

2 votes
1 comment
What the what is this poll about? - Voter Comments

Nestorianism, Mary is the Christotokos!

Nestorianism is a Christological doctrine advanced by Nestorius, Patriarch of Constantinople from 428–431. The doctrine, which was informed by Nestorius' studies under Theodore of Mopsuestia at the School of Antioch, emphasizes the disunion between ... the human and divine natures of Jesus. Nestorius' teachings brought him into conflict with some other prominent church leaders, most notably Cyril of Alexandria, who criticized especially his rejection of the title Theotokos for the Virgin Mary. Nestorius and his teachings were eventually condemned as heretical at the First Council of Ephesus in 431 and the Council of Chalcedon in 451, leading to the Nestorian Schism in which churches supporting Nestorius broke with the rest of the Christian Church. Afterward many of Nestorius' supporters relocated to Sassanid Persia, where they affiliated with the local Christian community, known as the Church of the East. Over the next decades the Church of the East became increasingly Nestorian in doctrine, leading it to be known alternately as the Nestorian Church.Nestorianism is a form of dyophysitism, and can be seen as the antithesis to monophysitism, which emerged in reaction to Nestorianism   more
0 votes
0 comments
Nestorianism, Mary is the Christotokos! - Voter Comments
No Comments
Vote & Comment
3

Monophysite, down with the council of chaceldon!

Monopsychism is the belief that all humans share one and the same eternal consciousness, soul, mind or intellect. It is a recurring theme in many mystical traditions.Monopsychism is a doctrine of Sabianism, Jewish Kabbalah, and Averroism, and is als... o a part of Rastafarian beliefs. A similar belief in some mystical Judeo-Christian-Islamic traditions is that all human beings have different souls but once composed a single unified soul in Adam   more
0 votes
0 comments
Monophysite, down with the council of chaceldon! - Voter Comments
No Comments
Vote & Comment
No comments yet.
Leave a comment...
(Maximum 900 words)
Privacy Policy | Terms of Use
Sitemap | View Desktop Version
©2020 Debate.org. All rights reserved.