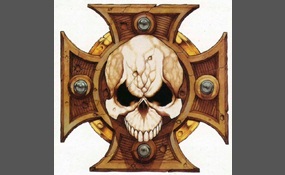 Feel free to add your own

It's depressing because of its bad writing, terrible plot and concept, and the fact it was a bestseller.
5 votes
2 comments
50 Shades of Grey - Voter Comments

Bokurano: Ours is a Japanese science fiction manga by Mohiro Kitoh that was serialized in the monthly manga magazine Ikki from 2003 to 2009; 11 tankōbon have been published by Shogakukan. It is about a group of middle-school students who unwillingly...  assume the task of piloting a giant mecha named Zearth in a series of battles against mechas from parallel worlds, where the survival of Earth is dependent on their continuing to win at the cost of the life of the pilot of each battle.The series has been adapted as an anime television series directed by Hiroyuki Morita and produced by Gonzo that aired in 2007, and a light novel series called Bokura no: Alternative with an alternative story by Renji Ōki and character designs by Kitoh himself. The manga is licensed in English by Viz Media, which began serializing it in the online English version of Ikki on July 23, 2009; the first print volume was published in February 2010   more
0 votes
0 comments
Bokurano: Ours - Voter Comments
No Comments
Vote & Comment
3

Neon Genesis Evangelion, commonly referred to as NGE, Evangelion or Eva, is a Japanese animated television series produced by Tatsunoko Productions and Gainax and directed by Hideaki Anno. It was broadcast on TV Tokyo from October 1995 to March 1996... . The original Japanese cast of the show includes the voice actors and singers Megumi Ogata as Shinji Ikari, Megumi Hayashibara as Rei Ayanami, and Yūko Miyamura as Asuka Langley Soryu. The music was composed by Shirō Sagisu and would top the Oricon charts upon release; the theme song continues to receive recognition for its lasting impact in the decades after its release. The Evangelion franchise also includes a movie tetralogy, Rebuild of Evangelion, and several spin-off anime, manga and video game series.Evangelion is an apocalyptic anime in the mecha genre. The series is set in a futuristic Tokyo, fifteen years after a worldwide cataclysm. The main story centers on Shinji, a teenage boy who is recruited by the shadowy organization NERV to pilot a giant bio-machine called an Evangelion in combat against monstrous beings known as Angels   more
0 votes
0 comments
Neon Genesis Evangelion - Voter Comments
No Comments
Vote & Comment
4

In the grim darkness of the far future... Includes all supplemental material, like the Last Chancers and anything by C.S. Goto. You know what...
0 votes
0 comments
Warhammer 40,000 - Voter Comments
No Comments
Vote & Comment
5

The Chronicles of Thomas Covenant