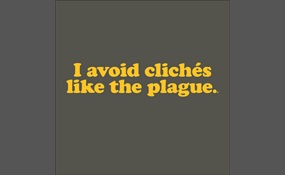 What debate/poll topic have you seen rehashed and reused over and over again?

Kvasir says2015-05-26T03:07:53.7008425-05:00
Report Post
Especially since there is nothing of worth to debate. With no evidence pro or con, the debates end up as a philosophical quest to twist the resolution and the other party's arguments in one's favour.

The abortion debate is the ongoing controversy surrounding the moral and legal status of abortion. The two main groups involved in the abortion debate are the self-described "pro-choice" movement and the self-described "pro-life" movement. Both of t... hese ascriptions are considered loaded terms in mainstream media where terms such as "abortion rights" or "anti-abortion" are generally preferred. Each movement has, with varying results, sought to influence public opinion and to attain legal support for its position, with small numbers of anti-abortion advocates sometimes using violence.Abortion law varies between jurisdictions. For example, in Canada abortion is available to women without any legal restrictions, while in Ireland abortions are illegal except when a woman's life is at imminent risk and Chile bans abortion with no exception for the life of the pregnant woman   more
7 votes
0 comments
Abortion - Voter Comments
No Comments
Vote & Comment
3

A school uniform is an outfit—a set of standardized clothes—worn primarily for an educational institution. They are common in primary and secondary schools in various countries. When used, they form the basis of a school's dress code.
2 votes
2 comments
School uniforms - Voter Comments

Do violent video games cause violence?

The Holodomor was a famine in the Ukrainian Soviet Socialist Republic in 1932 and 1933 that killed estimated 2.5-7.5 million Ukrainians. During the famine, which is also known as the "Terror-Famine in Ukraine" and "Famine-Genocide in Ukraine", milli... ons of citizens of the Ukrainian SSR, the majority of whom were Ukrainians, died of starvation in a peacetime catastrophe unprecedented in the history of Ukraine. Since 2006, the Holodomor has been recognized by the independent Ukraine and many other countries as a genocide of the Ukrainian people by Soviet Union ruled by Stalin.Early estimates of the death toll by scholars and government officials varied greatly; anywhere from 1.8 to 12 million ethnic Ukrainians were said to have perished as a result of the famine. Recent research has since narrowed the estimates to between 2.4 and 7.5 million. The exact number of deaths is hard to determine, due to a lack of records, but the number increases significantly when the deaths inside heavily Ukrainian-populated Kuban are included. Older estimates are still often cited in political commentary   more
0 votes
0 comments
Holodomor - Voter Comments
No Comments
Vote & Comment
8

0 votes
0 comments
Political dissedents tring to question the integrity and the unity of the Democratic People's Republic of Korea - Voter Comments
No Comments
Vote & Comment
Leave a comment...
(Maximum 900 words)

PericIes says2015-05-26T02:24:57.9727063-05:00
Report Post
Seriously, the existence of God one. I cannot log in to this website without seeing a flame war about this. The majority of them are started by ironically/hypocritically self-righteous atheists launching a thinly-disguised attack on all religion, and the remainder are by hick religious zealots who accuse all non-believers of being the devil (and do so with terrible spelling and/or grammar. The former are more annoying because of their sheer quantity and the latter are more embarrassing because of their sheer stupidity. Granted, this is a debate forum, and it is an important issue, so SOME mention of it is expected, but come on, for f*ck's sake, talk about something else for a change. Find something new to fill out your day. Learn to knit. Sudoku. Something besides religious flame wars. You're making it too east for any random idiot/troll to post an opinion topic titled "Hurr Durr God" that gets 3,000 comments and stays on the front page for 5 weeks.