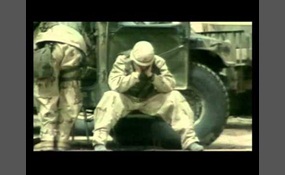 Most pointless war the USA has entered?

War is never a good thing but what war has the USA had no right to start or be a part of?

The Vietnam War, also known as the Second Indochina War, and also known in Vietnam as Resistance War Against America or simply the American War, was a Cold War-era war that occurred in Vietnam, Laos, and Cambodia from 1 November 1955 to the fall of ... Saigon on 30 April 1975. This war followed the First Indochina War and was fought between North Vietnam—supported by the Soviet Union, China and other communist allies—and the government of South Vietnam—supported by the United States and other anti-communist allies. The National Liberation Front, or NLF, a South Vietnamese communist common front aided by the North, fought a guerrilla war against anti-communist forces in the region. The People's Army of Vietnam engaged in a more conventional war, at times committing large units to battle.As the war wore on, the part of the Viet Cong in the fighting decreased as the role of the NVA grew. U.S. and South Vietnamese forces relied on air superiority and overwhelming firepower to conduct search and destroy operations, involving ground forces, artillery, and airstrikes   more
8 votes
1 comment
Vietnam War - Voter Comments

I'm sure I missed some.
6 votes
2 comments
Other - Voter Comments

The Iraq War was an armed conflict in Iraq that consisted of two phases. The first was an invasion of Iraq starting on March 20, 2003 by an invasion force led by the United States, United Kingdom, Australia and Poland which resulted in the end of Ba... 'athist Iraq and the establishment of a democratic constitution. It was followed by a longer phase of fighting, in which an insurgency emerged opposing the occupying forces and the newly elected Federal government of Iraq. Roughly 96.5 percent of the casualties suffered by coalition forces were suffered during the second phase, rather than the initial invasion. The U.S. completed its withdrawal of military personnel in December 2011, during the ninth year of the war. However, the insurgency is ongoing and continues to cause thousands of fatalities.Prior to the war, the governments of the United States and the United Kingdom claimed that Iraq's alleged possession of weapons of mass destruction posed a threat to their security and that of their allies   more
4 votes
1 comment
Iraq War - Voter Comments

The War in Afghanistan (2001–present) refers to the intervention by North Atlantic Treaty Organisation and allied forces in the ongoing Afghan civil war. The war followed the September 11 attacks, and its public aims were to dismantle al-Qaeda and d... enying it a safe basis of operation in Afghanistan by removing the Taliban from power.U.S. President George W. Bush demanded that the Taliban hand over Osama bin Laden and expel al-Qaeda. The Taliban asked bin Laden to leave the country, but declined to extradite him without evidence of his involvement in the 9/11 attacks. The United States refused to negotiate and launched Operation Enduring Freedom on 7 October 2001 with the United Kingdom. The two were later joined by other forces, including the Northern Alliance. The U.S. and its allies drove the Taliban from power and built military bases near major cities across the country. Most al-Qaeda and Taliban were not captured, escaping to neighboring Pakistan or retreating to rural or remote mountainous regions   more
1 vote
0 comments
War in Afghanistan - Voter Comments
No Comments
Vote & Comment
5

The Korean War was a war between North and South Korea, in which a United Nations force led by the United States of America fought for the South, and China fought for the North, also assisted by the Soviet Union. The war arose from the division of K... orea at the end of World War II and from the global tensions of the Cold War that developed immediately afterwards.Korea was ruled by Japan from 1910 until the closing days of World War II. In August 1945, the Soviet Union declared war on Japan and—by agreement with the United States—occupied Korea north of the 38th parallel. U.S. forces subsequently occupied the south. By 1948, two separate governments had been set up. Both governments claimed to be the legitimate government of Korea, and neither side accepted the border as permanent. The conflict escalated into open warfare when North Korean forces—supported by the Soviet Union and China—invaded South Korea on 25 June 1950. On that day, the United Nations Security Council recognized this North Korean act as invasion and called for an immediate ceasefire   more
0 votes
0 comments
Korean War - Voter Comments
No Comments
Vote & Comment
6

The Spanish–American War was a conflict in 1898 between Spain and the United States, the result of American intervention in the Cuban War of Independence. American attacks on Spain's Pacific possessions led to involvement in the Philippine Revolutio... n and ultimately to the Philippine–American War.Revolts against Spanish rule had occurred for some years in Cuba. There had been war scares before, as in the Virginius Affair in 1873. In the late 1890s, American public opinion was agitated by anti-Spanish propaganda led by journalists such as Joseph Pulitzer and William Hearst which used yellow journalism to criticize Spanish administration of Cuba. After the mysterious sinking of the American battleship Maine in Havana harbor, political pressures from the Democratic Party and certain industrialists pushed the administration of Republican President William McKinley into a war he had wished to avoid. Compromise was sought by Spain, but rejected by the United States which sent an ultimatum to Spain demanding it surrender control of Cuba. First Madrid, then Washington, formally declared war   more
0 votes
0 comments
Spanish–American War - Voter Comments
No Comments
Vote & Comment
Leave a comment...
(Maximum 900 words)

FreedomBeforeEquality says2015-06-18T12:10:01.2044828-05:00
Report Post
Yet youre soooo against assimilating other third world theocratic countries now? Freed who? Youre talking about all the dead Americans?

Unknown95 says2015-06-18T12:36:27.8329943-05:00
Report Post
What?! That makes no sense! Those wars freed people?! What, that makes less sense! Vietnam was the USA helping fight off people rebelling against the US aided South Vietnamese government (segregated the people and killed political opponents ), the Iraq war after Suddam's fall was stopping rebels fighting the US and new US appointed government (segregated the people and killed political opponents), Afghanistan caused such bad terror attacks that the people fight US soldiers so they'd leave, and the Spanish-American war was for territory. Yea freed them and so much help right?

FreedomBeforeEquality says2015-06-18T13:16:07.6899599-05:00
Report Post
There were people who supported those governments! We didnt just put them there for the hell of it. I know youll point to oil in the middle east ... But what were korea and vietnam providing to say there was an alterior motive? We were there for the people. They are otherwise small places of little importance. I contend that we were in Iraq and Afghanistan for the same reason on the grounds that I was there personally training those individuals to defend themselves and forming them into their own police forces to stave off their oppressors.

FreedomBeforeEquality says2015-06-18T13:18:35.1777878-05:00
Report Post
I don't question the intent going in ... I question the people back home forgetting what kind of people they are and re-nigging on those good intentions when it seems convenient.
Privacy Policy | Terms of Use
Sitemap | View Desktop Version
©2020 Debate.org. All rights reserved.