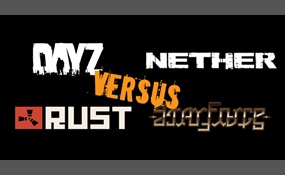 Call of Duty is a first-person and third-person shooter video game franchise. The series began on the PC, and later expanded to consoles and handhelds. Several spin-off games have also been released. The earlier games in the series are set primarily...  in World War II, including Call of Duty, Call of Duty 2, and Call of Duty 3. Beginning with Call of Duty 4: Modern Warfare, which is set in modern times, the series has shifted focus away from World War II. Modern Warfare was followed by Call of Duty: World at War and Call of Duty: Modern Warfare 2. Black Ops takes place in the Cold War, while Modern Warfare 3 takes place in a near-future setting. Black Ops II takes place in the year 2025. Call of Duty: Ghosts was released in November 2013.The Call of Duty games are published and owned by Activision. While the studio Infinity Ward primarily still develops them, Treyarch has also developed several of the titles with the release of the studios' games interlaced with each other. Some games have been developed by Gray Matter Interactive, Nokia, Exakt Entertainment, Spark Unlimited, Amaze Entertainment, n-Space, Aspyr, Rebellion Developments, Ideaworks Game Studio, Sledgehammer Games, and nStigate Games. The games use a variety of engines, including the id Tech 3, the Treyarch NGL, and the IW 5.0   more
3 votes
0 comments
Call of Duty - Voter Comments
No Comments
Vote & Comment
2

Battlefield is a series of first-person shooter video games that started out on Microsoft Windows and OS X with its debut video game, Battlefield 1942, which was released in 2002. The series is developed by Swedish company EA Digital Illusions CE an... d is published by American company Electronic Arts. The series features a greater focus on large maps, teamwork and vehicle warfare than traditional first-person shooters. The PC games in the series are mainly focused on online multiplayer. The Battlefield series has served more than 50 million players worldwide as of 2012, across 11 games and 12 expansion packs released since its inception in 2007. The series has a recognizable 6-beat sting   more
2 votes
0 comments
Battlefield - Voter Comments
No Comments
Vote & Comment
3

DayZ is a multiplayer open world survival horror video game in development by Bohemia Interactive and the stand-alone version of the award-winning mod of the same name. The game was test-released on December 16, 2013, for Microsoft Windows via digit... al distribution platform Steam, and is currently in early alpha testing.The game places the player in the fictional post-Soviet state of Chernarus, where an unknown virus has turned most of the population into violent zombies. As a survivor, the player must scavenge the world for food, water, weapons, and medicine, while killing or avoiding zombies, and killing, avoiding or co-opting other players in an effort to survive the zombie apocalypse.DayZ began development in 2012 when the mod's creator, Dean Hall, joined Bohemia Interactive to work on it. The development has been focused on altering the engine to suit the game's needs, developing a working client-server architecture, and introducing new features like diseases and a better inventory system. The game has sold over 2 million copies since its alpha release   more
0 votes
0 comments
DayZ - Voter Comments
No Comments
Vote & Comment
5

Rust is an indie 2013 survival video game created by Facepunch Studios, the creators of Garry's Mod. The game's inspiration comes from games such as DayZ, Minecraft, and S.T.A.L.K.E.R.: Shadow of Chernobyl.
0 votes
0 comments
Rust - Voter Comments
No Comments
Vote & Comment
6

7 Days to Die is an open world, voxel-based sandbox game created by The Fun Pimps. It is a mash up of first-person shooter, survival horror, tower defense and role-playing games combining combat, crafting, looting, mining, exploration, and character...  growth. It was released through Early Access on Steam on December 13, 2013 for Mac and PC   more
0 votes
0 comments
7 Days to Die - Voter Comments
No Comments
Vote & Comment
Leave a comment...
(Maximum 900 words)

ZMowlcher says2014-05-07T09:01:21.2301198-05:00
Report Post
You can't pit survival simulator games against modern military shooters. There're too many differences between the two. It would be better if it was DayZ vs Nether vs 7 Days to Die, as they are all in the same genre.