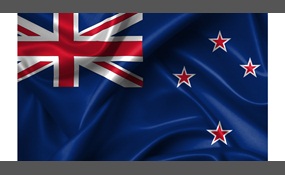 NZ Should Not Ditch the Comonwealth

We are Not Prepared

New Zealand is an island country in the southwestern Pacific Ocean. The country geographically comprises two main landmasses – that of the North Island, or Te Ika-a-Māui, and the South Island, or Te Waipounamu – and numerous smaller islands. New Zea... land is situated some 1,500 kilometres east of Australia across the Tasman Sea and roughly 1,000 kilometres south of the Pacific island areas of New Caledonia, Fiji, and Tonga. Because of its remoteness, it was one of the last lands to be settled by humans. During its long isolation, New Zealand developed a distinctive biodiversity of animal, fungal and plant life. The country's varied topography and its sharp mountain peaks, such as the Southern Alps, owe much to the tectonic uplift of land and volcanic eruptions. New Zealand's capital city is Wellington, while its most populous city is Auckland.Polynesians settled New Zealand in 1250–1300 CE and developed a distinctive Māori culture. Abel Tasman, a Dutch explorer, was the first European to sight New Zealand in 1642 CE. In 1840, the British Crown and Māori signed the Treaty of Waitangi, making New Zealand a British colony   more
4 votes
2 comments
Yes - Voter Comments