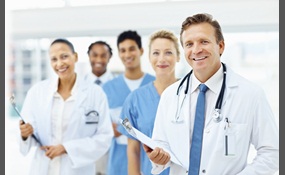 Obamacare was a success?

7 million people have signed up. And if you didn't have healthcare, why would you refuse for the help?

Norwich is a city on the River Wensum in England. It is the regional administrative centre and county town of Norfolk. During the 11th century, Norwich was the largest city in England after London, and one of the most important places in the kingdom... . Until the Industrial Revolution, Norwich was the capital of the most populous county in England and vied with Bristol as England's second city.The urban or built-up area of Norwich had a population of 213,166 according to the 2011 Census. This area extends beyond the city boundary, with extensive suburban areas on the western, northern and eastern sides, including Costessey, Taverham, Hellesdon, Bowthorpe, Old Catton, Sprowston and Thorpe St Andrew. The parliamentary seats cross over into adjacent local government districts. 132,512 people live in the City of Norwich and the population of the Norwich Travel to Work Area is 282,000. Norwich is the fourth most densely populated local government district within the East of England with 3,480 people per square kilometre   more
1 vote
0 comments
Norwich - Voter Comments
No Comments
Vote & Comment
4
VOTING CLOSED

Barack Hussein Obama II (/bəˈrɑːk huːˈseɪn oʊˈbɑːmə/; born August 4, 1961) is the 44th and current President of the United States. He is the first African American to hold the office. Obama served as a U.S. Senator representing the state of Illinois...  from January 2005 to November 2008, when he resigned following his victory in the 2008 presidential election.Born in Honolulu, Hawaii, Obama is a graduate of Columbia University and Harvard Law School, where he was the president of the Harvard Law Review. He was a community organizer in Chicago before earning his law degree. He worked as a civil rights attorney in Chicago and taught constitutional law at the University of Chicago Law School from 1992 to 2004. He served three terms representing the 13th District in the Illinois Senate from 1997 to 2004   more
0 votes
0 comments
Barack Obama - Voter Comments
No Comments
Vote & Comment
Leave a comment...
(Maximum 900 words)

conservativelogic says2014-04-07T15:40:34.4362323-05:00
Report Post
Coolpeppers: First off, 7 million is far below the original estimates. Second, there have been delays made without congressional approval (which was unconstitutional). Third, how is forcing someone to buy something they don't want "help"? Fourth, for every person who has signed up for insurance through Obamacare, 4 have signed up for Medicaid. That will result in a greater burden on the taxpayers and the healthcare industry. Fifth, you cannot keep your plan or your doctor, despite promises (lies) by the president. Sixth, the medical device tax is increasing the cost of procedures even more. Seventh, the employer mandate encourages companies to reduce their workers' hours to under 30. Lastly, insurance costs are still rising.
Privacy Policy | Terms of Use
Sitemap | View Desktop Version
©2021 Debate.org. All rights reserved.