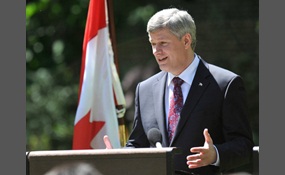 He Anti-terrorism Act, 2015[7] is an Act of the Parliament of Canada that amends over a dozen Canadian laws, including the Criminal Code, to permit Canadian government agencies to share information about individuals easily. It also broadens the mandate of the Canadian Security Intelligence Service (CSIS).[8] It is the first comprehensive reform of this kind since 2001.[9]