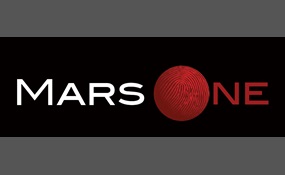 Opinion on Mars One?

What do you think about the Mars One project?

It will work with delay.

Mars One will reach Mars and colonize it, however it will happen later than currently planned.
7 votes
2 comments
It will work with delay. - Voter Comments

The people are crazy. Everyone will die.
3 votes
1 comment
Suicidal plan. - Voter Comments

Wont work. Mars One wont have the funding.

58539672 says2015-08-13T04:11:16.2345861Z
Report Post
Less for monetary problems, more for logistical problems. Its an idea that I think should be tried, but we should probably wait for NASA to learn a little more about the planet when they try to go there themselves. Explorers first, colonists second.
Vote & Comment
4

I don't like Mars One but am unsure if it will work.
1 vote
0 comments
Not sure. Con - Voter Comments
No Comments
Vote & Comment
5

It will work as planned.

Mars One will place it's first four people on Mars in 2027. They will live there permanently and the settlement will expand properly.
0 votes
0 comments
It will work as planned. - Voter Comments
No Comments
Vote & Comment
7