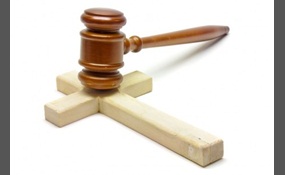 Out of all the religious policies, which do you think is best for a nation?

Secularism is the principle of the separation of government institutions and persons mandated to represent the state from religious institutions and religious dignitaries. One manifestation of secularism is asserting the right to be free from religi... ous rule and teachings, or, in a state declared to be neutral on matters of belief, from the imposition by government of religion or religious practices upon its people. Another manifestation of secularism is the view that public activities and decisions, especially political ones, should be uninfluenced by religious beliefs and/or practices.Secularism draws its intellectual roots from Greek and Roman philosophers such as Marcus Aurelius and Epicurus; from Enlightenment thinkers such as Denis Diderot, Voltaire, Baruch Spinoza, James Madison, Thomas Jefferson, and Thomas Paine; and from more recent freethinkers and atheists such as Robert Ingersoll and Bertrand Russell.The purposes and arguments in support of secularism vary widely. In European laicism, it has been argued that secularism is a movement toward modernization, and away from traditional religious values   more
21 votes
2 comments
Secularism - Voter Comments

Religious pluralism is an attitude or policy regarding the diversity of religious belief systems co-existing in society. It can indicate one or more of the following:As the name of the worldview according to which one's religion is not the sole and ... exclusive source of truth, and thus the acknowledgement that at least some truths and true values exist in other religions.As acceptance of the concept that two or more religions with mutually exclusive truth claims are equally valid. This may be considered a form of either toleration or moral relativism.The understanding that the exclusive claims of different religions turn out, upon closer examination, to be variations of universal truths that have been taught since time immemorial. This is called Perennialism or Traditionalism.Sometimes as a synonym for ecumenism, i.E., the promotion of some level of unity, co-operation, and improved understanding between different religions or different denominations within a single religion.As term for the condition of harmonious co-existence between adherents of different religions or religious denominations   more
4 votes
0 comments
Religious pluralism - Voter Comments
No Comments
Vote & Comment
3

A state religion is a religious body or creed officially endorsed by the state. A state with an official religion, while not secular, is not necessarily a theocracy. The term state church is associated with Christianity, historically the state churc... h of the Roman Empire, and is sometimes used to denote a specific modern national branch of Christianity. Closely related to state churches are what sociologists call ecclesiae, though the two are slightly different. State religions are official or government-sanctioned establishments of a religion, but neither does the state need be under the control of the church, nor is the state-sanctioned church necessarily under the control of the state. The institution of state-sponsored religious cults is ancient, reaching into the Ancient Near East and prehistory. The relation of religious cult and the state was discussed by Varro, under the term of theologia civilis. The first state-sponsored Christian church was the Armenian Apostolic Church, established in 301 AD   more
3 votes
0 comments
Moralist State - Voter Comments
No Comments
Vote & Comment
4

State atheism is the official promotion of atheism by a government, sometimes combined with active suppression of religious freedom and practice. In contrast, a secular state purports to be officially neutral in matters of religion, supporting neith... er religion nor irreligion. State atheism may refer to a government's anti-clericalism, which opposes religious institutional power and influence in all aspects of public and political life, including the involvement of religion in the everyday life of the citizen.State promotion of atheism as a public norm was first practiced during the Revolutionary France. Since then, such a policy was repeated in Revolutionary Mexico and in Marxist-Leninist states. The Soviet Union had a long history of state atheism, in which social success largely required individuals to profess atheism and stay away from houses of worship; this attitude was especially militant during the middle Stalinist era from 1929–1939. The Soviet Union attempted to suppress public religious expression over wide areas of its influence, including places such as central Asia   more
2 votes
1 comment
State atheism - Voter Comments