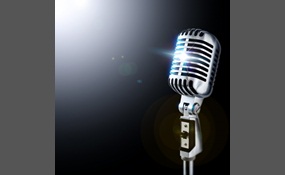 Out of these bands, who is your favorite?

The Beatles were an English rock band that formed in Liverpool, in 1960. With John Lennon, Paul McCartney, George Harrison and Ringo Starr, they became widely regarded as the greatest and most influential act of the rock era. Rooted in skiffle, beat...  and 1950s rock and roll, the Beatles later experimented with several genres, ranging from pop ballads to psychedelic and hard rock, often incorporating classical elements in innovative ways. In the early 1960s, their enormous popularity first emerged as "Beatlemania", but as their songwriting grew in sophistication they came to be perceived as an embodiment of the ideals shared by the era's sociocultural revolutions.From 1960, the Beatles built their reputation playing clubs in Liverpool and Hamburg over a three-year period. Manager Brian Epstein moulded them into a professional act and producer George Martin enhanced their musical potential. They gained popularity in the United Kingdom after their first hit, "Love Me Do", in late 1962. They acquired the nickname "the Fab Four" as Beatlemania grew in Britain over the following year, and by early 1964 they had become international stars, leading the "British Invasion" of the United States pop market. From 1965 onwards, the Beatles produced what many critics consider their finest material, including the innovative and widely influential albums Rubber Soul, Revolver, Sgt. Pepper's Lonely Hearts Club Band, The Beatles and Abbey Road. After their break-up in 1970, they each enjoyed successful musical careers. Lennon was shot and killed in December 1980, and Harrison died of lung cancer in November 2001. McCartney and Starr, the remaining members, remain musically active   more
12 votes
3 comments
The Beatles - Voter Comments

Coldplay are a British rock band formed in 1996 by lead vocalist Chris Martin and lead guitarist Jonny Buckland at University College London. After they formed under the name Pectoralz, Guy Berryman joined the group as a bassist and they changed the... ir name to Starfish. Will Champion joined as a drummer, backing vocalist, and multi-instrumentalist, completing the line-up. Manager Phil Harvey is often considered an unofficial fifth member. The band renamed themselves "Coldplay" in 1998, before recording and releasing three EPs; Safety in 1998, Brothers & Sisters as a single in 1999 and The Blue Room in the same year. The latter was their first release on a major label, after signing to Parlophone.They achieved worldwide fame with the release of the single "Yellow" in 2000, followed by their debut album released in the same year, Parachutes, which was nominated for the Mercury Prize. The band's second album, A Rush of Blood to the Head, was released to critical acclaim and won multiple awards, including NME's Album of the Year. They have also come top of the BBC Radio 2 poll of the favourite album of all time. Their next release, X&Y, the best-selling album worldwide in 2005, was met with mostly positive reviews upon its release, though some critics felt that it was inferior to its predecessor. The band's fourth studio album, Viva la Vida or Death and All His Friends, was produced by Brian Eno and released again to largely positive reviews, earning several Grammy Award nominations and wins at the 51st Grammy Awards. On 24 October 2011, they released their fifth studio album, Mylo Xyloto, which received mixed to positive reviews, topped the charts in over 34 countries, and was the UK's best-selling rock album of 2011. In March 2014, they announced their new album, entitled Ghost Stories, will be released on 19 May, the same year   more
9 votes
1 comment
Coldplay - Voter Comments

Rage Against the Machine

Rage Against the Machine, also known as RATM, is an American rap metal band from Los Angeles, California. Formed in 1991, the group consists of rapper/vocalist Zack de la Rocha, bassist and backing vocalist Tim Commerford, guitarist Tom Morello and ... drummer Brad Wilk. They draw inspiration from early heavy metal instrumentation, as well as rap acts such as Afrika Bambaataa, Public Enemy, the Beastie Boys and Dutch crossover band Urban Dance Squad. Rage Against the Machine is best known for its leftist political views, which are expressed in many of its songs. As of 2010, they have sold over 16 million records worldwide.In 1992, the band released its self-titled debut album, which became a commercial and critical success, leading to a slot in the 1993 Lollapalooza festival. In 2003, the album was ranked number 368 on Rolling Stone magazine's list of the 500 greatest albums of all time. The band did not release a follow-up record until 1996, with Evil Empire. The band's third album, The Battle of Los Angeles, followed in 1999, and in 2003, the album was ranked number 426 on the same list. During their initial nine-year run, they became one of the most popular and influential bands in music history, according to music journalist Colin Devenish. They were also ranked No. 33 on VH1's 100 Greatest Artists of Hard Rock. The band had a large influence on the nu metal genre which emerged during the late 1990s   more
2 votes
0 comments
Rage Against the Machine - Voter Comments
No Comments
Vote & Comment
4

The Rolling Stones are an English rock band formed in London in 1962. The first settled line-up consisted of Brian Jones, Ian Stewart, Mick Jagger, Keith Richards, Bill Wyman and Charlie Watts. Jones left the band less than a month prior to his deat... h in 1969, having already been replaced by Mick Taylor, who left in 1975. Since then Ronnie Wood has been on guitar in tandem with Richards. Following Wyman's departure in 1993, Darryl Jones has been the main bassist. Stewart was removed from the official line-up in 1963 but continued as occasional pianist until his death in 1985. Other notable keyboardists for the band have included Nicky Hopkins, active from 1967 to 1982; and Chuck Leavell, active since 1982. The band was first led by Jones, but after teaming as the band's songwriters, Jagger and Richards assumed de facto leadership.The Rolling Stones were in the vanguard of the British Invasion of bands that became popular in the US in 1964–65. At first noted for their longish hair as much as their music, the band are identified with the youthful and rebellious counterculture of the 1960s. They were instrumental in making blues a major part of rock and roll, and of changing the international focus of blues culture to the less sophisticated blues typified by Chess Records artists such as Muddy Waters, writer of "Rollin' Stone", the song after which the band is named. After a short period of musical experimentation that culminated with the poorly received and largely psychedelic album Their Satanic Majesties Request, the group returned to their bluesy roots with Beggars' Banquet which - along with its follow-ups, Let It Bleed, Sticky Fingers and Exile on Main St. - is generally considered to be the band's best work, and are considered the Rolling Stones' "Golden Age". Musicologist Robert Palmer attributed the "remarkable endurance" of the Rolling Stones to being "rooted in traditional verities, in rhythm-and-blues and soul music" while "more ephemeral pop fashions have come and gone"   more
2 votes
1 comment
The Rolling Stones - Voter Comments

Weezer is an American rock band formed in Los Angeles in 1992. The band consists of Rivers Cuomo, Patrick Wilson, Brian Bell, and Scott Shriner. The band's line-up has changed four times since its formation in 1992. They have released nine studio al... bums, six EPs, and a DVD.The band is best known for their successful singles "Buddy Holly", "Undone – The Sweater Song", "Say It Ain't So", "Perfect Situation", "Island in the Sun", "Beverly Hills" and "Pork and Beans". The band's eighth studio album, Hurley, was released on September 14, 2010 on Epitaph Records. Additionally, a deluxe release of their 1996 album Pinkerton and a compilation of rare and previously unreleased songs titled Death to False Metal were released on November 2, 2010. The band has sold 9,200,000 albums in the US and 17,525,000 worldwide   more
1 vote
1 comment
Weezer - Voter Comments

The Who are an English rock band formed in 1964. Their best known line-up consisted of lead singer Roger Daltrey, guitarist Pete Townshend, bassist John Entwistle and drummer Keith Moon. For much of their career they have been regarded as one of the...  three most important British rock acts along with the Beatles and the Rolling Stones.The Who developed from an earlier group, the Detours, before stabilising around a line-up of Daltrey, Townshend, Entwistle and Moon. After releasing a single, the group established themselves as part of the mod movement, specialising in auto-destructive art by destroying guitars and drums onstage. They achieved recognition in the UK after support by pirate radio and television, and their first single, "I Can't Explain" reached the top ten. A string of hit singles followed including "My Generation", "Substitute" and "Happy Jack". Although initially regarded as a singles act, they also found success with the albums My Generation and A Quick One. In 1967, they achieved success in the US after performing at the Monterey Pop Festival, and with the top ten single "I Can See for Miles". They released The Who Sell Out at the end of the year, and spent much of 1968 touring the US   more
0 votes
0 comments
The Who - Voter Comments
No Comments
Vote & Comment
No comments yet.
Leave a comment...
(Maximum 900 words)
Privacy Policy | Terms of Use
Sitemap | View Desktop Version
©2021 Debate.org. All rights reserved.