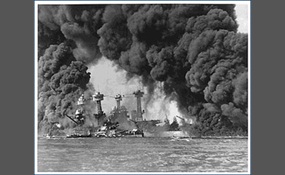 The two movies on Pearl Harbor. Which one do you like the most?