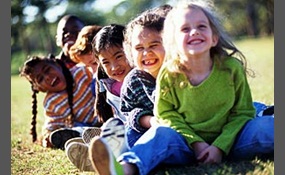 The British Social Attitudes survey finds proportion of people in the UK found that people in the divers inner London are the least prejudice whereas less divers areas such as Yorkshire are more racial prejudice. It also showed that places with more first generation immigrants are becoming more racially prejudice.

SweetTea says2014-05-28T15:36:21.4483579-05:00
Report Post
I was born & raised in the South. I have spent over half my life, below the Mason-Dixon. I can honestly say that one of the most racist areas I have ever been in is Chicago. There are derogatory, racial slurs for anybody & everybody. Without using the terms, I will list the races, nationalities, or religions that I've heard terms used toward up there: Blacks, Whites, Hispanics, Asians, Italians, Polish, Indians, Jews, Muslims, Southerners, Russians, Greeks, Canadians, Germans, Buddhists & Irish. You can also consider that some of these have numerous derogatory terms, per category, i.e. Asian. Then, you can add the many Gay/Lesbian remarks. The usage of such terms is common place in daily vocabulary & Chicago is a very diverse area. I think it is safe to assume that this is happening elsewhere, too. Derogatory language is being used so often I don't think many even realize that what they are saying is wrong.

discomfiting says2014-05-28T23:14:36.1282660-05:00
Report Post
You're exposed to a culture and first hand experience the fact that people of different races are people too. That they have feelings, emotions and can get hurt just like you. It is hard to dehumanize and demonize people you know are not demons or evil or bad.
Vote & Comment
2

Joggabii says2014-06-02T00:29:51.3828000-05:00
Report Post
Highly unlikely. Other research (more specifically, Putnam's) has shown that in 'diverse' areas, people become very paranoid and distrustful. Adding more 'diversity' to an area will result in lower levels of happiness and a loss of trust, even in one's own group.
Vote & Comment
3

briantheliberal says2014-05-28T13:16:52.8104138-05:00
Report Post
This depend on a lot of factors. Growing up or living in a diverse area does not automatically mean less racism in an area. You also have to take into consideration, individual experiences, including how that person grew up, intelligence level, background, and the area in question.

Charliemouse says2014-06-01T05:02:49.8335657-05:00
Report Post
Well people who don't live around other cultures don't know what that culture is about. I'm black, born in Ukraine, lived in England, always among white people :D and truthfully in London people are more racist in than in York but Ukraine is the worst in terms of racism because they know nothing about black people lol