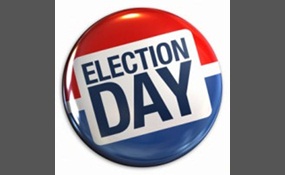 Randal Howard "Rand" Paul is an American politician and a former ophthalmologist who serves as the junior United States Senator for Kentucky, in office since 2011. He is a member of the Republican Party and the son of former U.S. Representative and ... presidential candidate Ron Paul of Texas.A graduate of the Duke University School of Medicine, Paul began practicing ophthalmology in Bowling Green, Kentucky in 1993 and established his own clinic in December 2007. He became active in politics and founded Kentucky Taxpayers United in 1994, of which he is still chairman. He first received national attention in 2008 when making political speeches on behalf of his father, who was campaigning for the Republican Party's nomination for president. In 2010, Paul ran for the U.S. Senate seat being vacated by retiring Senator Jim Bunning of Kentucky, defeating Kentucky Secretary of State Trey Grayson in the Republican primary. He subsequently defeated the Democratic nominee, Kentucky Attorney General Jack Conway, in the general election   more
7 votes
0 comments
Rand Paul - Voter Comments
No Comments
Vote & Comment
2

Bernard "Bernie" Sanders is an American politician and the junior United States Senator from Vermont. Before serving in the Senate, he represented Vermont's at-large congressional district in the United States House of Representatives and served as ... mayor of Burlington, the largest city in Vermont. Sanders is a self-described democratic socialist, and has praised Scandinavian-style social democracy.Sanders runs for office as an independent but caucuses with the Democratic Party and is counted as a Democrat for purposes of committee assignments. He was the only independent member of the House during most of his service and is the longest-serving independent in U.S. Congressional history.In an interview with The Nation on March 6, 2014, Sanders stated that he is "prepared to run for President of the United States" in 2016   more
5 votes
0 comments
Bernie Sanders - Voter Comments
No Comments
Vote & Comment
3

Gary Earl Johnson is an American businessman and politician. He served as the 29th Governor of New Mexico from 1995 to 2003, as a member of the Republican Party and was the Libertarian Party nominee for President of the United States in the 2012 ele... ction. In November 2014 Johnson announced that he would run again for the Libertarian Party presidential nomination in 2016.Born in Minot, North Dakota, Johnson moved with his family to New Mexico in his childhood. While a student at the University of New Mexico in 1974, Johnson sustained himself financially by working as a door-to-door handyman. In 1976 he founded Big J Enterprises, which grew from this one-person venture to become one of New Mexico's largest construction companies. He entered politics for the first time by running for Governor of New Mexico in 1994 on a fiscally conservative, low-tax and anti-crime platform. Johnson won the Republican Party of New Mexico's gubernatorial nomination, and defeated incumbent Democratic governor Bruce King   more
0 votes
0 comments
Gary Johnson - Voter Comments
No Comments
Vote & Comment
4

Jill Ellen Stein is an American physician specializing in internal medicine, and was the nominee of the Green Party for President of the United States in the 2012 election. Stein was a candidate for Governor of Massachusetts in the 2002 and the 2010...  gubernatorial elections.Stein is a resident of Lexington, Massachusetts. She is a graduate of Harvard College and the Harvard Medical School.Stein was endorsed for President in 2012 by Noam Chomsky, a linguist, author and activist, and by Chris Hedges, a Pulitzer Prize-winning journalist and war correspondent, among others   more
0 votes
0 comments
Jill Stein - Voter Comments
No Comments
Vote & Comment
Leave a comment...
(Maximum 900 words)