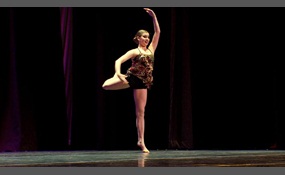 Pretty Little Liars is an American teen drama mystery–thriller television series loosely based on the popular series of novels written by Sara Shepard. The show premiered on June 8, 2010 on ABC Family. After an initial order of 10 episodes on June 2... 8, 2010, ABC Family ordered an additional 12 episodes for season one. These episodes began airing on January 3, 2011 and ended on March 21, 2011. The ratings success of the first 10 episodes prompted the book series to be extended beyond the initial eight novels.On March 26, 2013, ABC Family announced that a spin-off, Ravenswood, would air in October 2013. The spin-off show aired ten episodes before being canceled. In June 2014, Pretty Little Liars was renewed for its sixth and seventh seasons. On October 30, 2014, Lucy Hale announced that Season 7 will be the final season   more
6 votes
0 comments
Pretty little liars - Voter Comments
No Comments
Vote & Comment
2

Dance Moms is an American reality television series that debuted on Lifetime on July 13, 2011. Created by Collins Avenue Productions, it is set in Pittsburgh, Pennsylvania, at the Abby Lee Dance Company and follows the early careers of children in d... ance and show business, as well as the participation of their mothers. The show features many highlights in the children's careers but also the drama of the mothers trying to get their children on top, including conflict with each other.The fourth season of Dance Moms debuted on January 1, 2014. Filming for the fifth season Dance Moms is set to begin on October 11, 2014. Season five is set to premiere on January 6, 2015.As of 7 October 2014, 115 episodes have aired   more
2 votes
0 comments
Dance Moms - Voter Comments
No Comments
Vote & Comment
No comments yet.
Leave a comment...
(Maximum 900 words)
Privacy Policy | Terms of Use
Sitemap | View Desktop Version
©2020 Debate.org. All rights reserved.