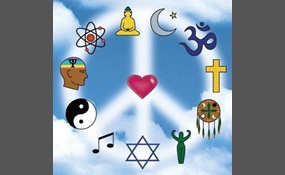 Religion (or lack of)?

Im not looking for a fight of religions or anything but that's likely. Who uses this site more? Prediction: Chrstians

Apatheism, also known as pragmatic atheism or practical atheism, is acting with apathy, disregard, or lack of interest towards belief or disbelief in a deity. Apatheism describes the manner of acting towards a belief or lack of a belief in a deity, ... so it applies to both theism and atheism. An apatheist is also someone who is not interested in accepting or denying any claims that gods exist or do not exist. In other words, an apatheist is someone who considers the question of the existence of gods as neither meaningful nor relevant to their life.Apathetic agnosticism claims that no amount of debate can prove or disprove the existence of one or more deities, and if one or more deities exist, they do not appear to be concerned about the fate of humans. Therefore, their existence has little to no impact on personal human affairs and should be of little theological interest.Some apatheists hold that if it were possible to prove that God does or does not exist, their behavior would not change   more
2 votes
0 comments
Apatheist - Voter Comments
No Comments
Vote & Comment
6

Ancient Egyptian religion was a complex system of polytheistic beliefs and rituals which were an integral part of ancient Egyptian society. It centered on the Egyptians' interaction with many deities who were believed to be present in, and in contro... l of, the forces and elements of nature. The practices of Egyptian religion were efforts to provide for the gods and gain their favor. Formal religious practice centered on the pharaoh, the king of Egypt. Although a human, the Pharaoh was believed to be descended from the gods. He acted as the intermediary between his people and the gods, and was obligated to sustain the gods through rituals and offerings so that they could maintain order in the universe. The state dedicated enormous resources to Egyptian rituals and to the construction of the temples.Individuals could interact with the gods for their own purposes, appealing for their help through prayer or compelling them to act through magic. These practices were distinct from, but closely linked with, the formal rituals and institutions. The popular religious tradition grew more prominent in the course of Egyptian history as the status of the Pharaoh declined   more
1 vote
0 comments
Ancient Egyptian religion - Voter Comments
No Comments
Vote & Comment
7

Mormonism is the predominant religious tradition of the Latter Day Saint movement of Restorationist Christianity. This movement was founded by Joseph Smith in the 1820s. During the 1830s and 1840s, Mormonism gradually distinguished itself from tradi... tional Protestantism. Mormonism today represents the new, non-Protestant faith taught by Smith in the 1840s. After Smith's death, most Mormons followed Brigham Young on his westward journey, calling themselves The Church of Jesus Christ of Latter-day Saints. Variations not a part of the LDS Church include Mormon fundamentalism, which seeks to maintain practices and doctrines such as polygamy that were abandoned by the LDS Church, and various other small independent denominations.The word Mormon is originally derived from the Book of Mormon, one of the faith's religious texts. Based on the name of that book, early followers of founder Joseph Smith were called Mormons, and their faith was called Mormonism. The term was initially considered pejorative, but is no longer considered so by Mormons   more
1 vote
0 comments
Mormonism - Voter Comments
No Comments
Vote & Comment
8