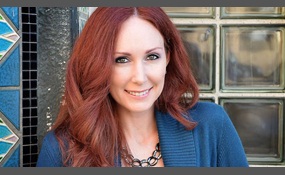 https://www.youtube.com/watch?v=J0LeQFoG-cY .Leave comments and add your own answers.

James Travis Tritt is an American country music singer. He signed to Warner Bros. Records in 1989, releasing seven studio albums and a greatest hits package for the label between then and 1999. In the 2000s, he released two albums on Columbia Record... s and one for the defunct Category 5 Records. Seven of his albums are certified platinum or higher by the Recording Industry Association of America; the highest-certified is 1991's It's All About to Change, which is certified triple-platinum. Tritt has also charted more than 40 times on the Hot Country Songs charts, including five number ones — "Help Me Hold On," "Anymore," "Can I Trust You with My Heart," "Foolish Pride", and "Best of Intentions" — and 15 additional top ten singles. Tritt's musical style is defined by mainstream country and Southern rock influences.He has received two Grammy Awards, both for Best Country Collaboration with Vocals: in 1992 for "The Whiskey Ain't Workin'," a duet with Marty Stuart, and again in 1998 for "Same Old Train", a collaboration with Stuart and nine other artists. In addition, he has received four awards from the Country Music Association, and has been a member of the Grand Ole Opry since 1992   more
5 votes
1 comment
Who cares - Voter Comments

So much for being pro-life

It shows how stereotypical people can be.

1 vote
0 comments
It shows how stereotypical people can be. - Voter Comments
No Comments
Vote & Comment
5

Shame on the media for not picking the story up.

0 votes
0 comments
Shame on the media for not picking the story up. - Voter Comments
No Comments
Vote & Comment
6