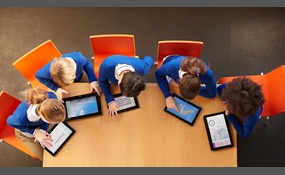 discomfiting says2014-05-27T01:12:36.2075076-05:00
Report Post
Science is great because it's a mystery. You need to be creative and smart not just one or the other. You have to be open minded because anything is possible until proven otherwise.
Vote & Comment
2

Fine art, from the 17th century on, has meant art forms developed primarily for aesthetics, distinguishing them from applied arts that also have to serve some practical function.Historically, the 5 main fine arts were painting, sculpture, architectu... re, music and poetry, with performing arts including theater and dance. Today, the fine arts commonly include additional forms, such as film, photography, conceptual art, and printmaking. However, in some institutes of learning or in museums, fine art and frequently the term fine arts as well, are associated exclusively with visual art forms.One definition of fine art is "a visual art considered to have been created primarily for aesthetic and intellectual purposes and judged for its beauty and meaningfulness, specifically, painting, sculpture, drawing, watercolor, graphics, and architecture." In that sense, there are conceptual differences between the Fine Arts and the Applied Arts. As originally conceived, and as understood for much of the modern era, the perception of aesthetic qualities required a refined judgment usually referred to as having good taste, which differentiated fine art from popular art and entertainment. However in the Postmodern era, the value of good taste is disappearing, to the point that having bad taste has become synonymous with being avant-garde. The term "fine art" is now rarely found in art history, but remains common in the art trade and as a title for university departments and degrees, even if rarely used in teaching   more
1 vote
0 comments
Fine art - Voter Comments
No Comments
Vote & Comment
8

Philosophy is the study of general and fundamental problems, such as those connected with reality, existence, knowledge, values, reason, mind, and language. Philosophy is distinguished from other ways of addressing such problems by its critical, gen... erally systematic approach and its reliance on rational argument. In more casual speech, by extension, "philosophy" can refer to "the most basic beliefs, concepts, and attitudes of an individual or group". The word "philosophy" comes from the Ancient Greek φιλοσοφία, which literally means "love of wisdom". The introduction of the terms "philosopher" and "philosophy" has been ascribed to the Greek thinker Pythagoras   more
1 vote
0 comments
Philosophy - Voter Comments
No Comments
Vote & Comment
Leave a comment...
(Maximum 900 words)