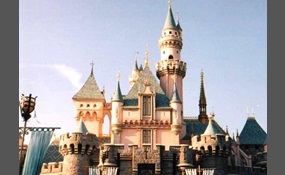 Is Seaworld better or is Disneyland better

Disneyland Park, originally Disneyland, is the first of two theme parks built at the Disneyland Resort in Anaheim, California, opened on July 17, 1955. It is the only theme park designed and built under the direct supervision of Walt Disney. It was ... originally the only attraction on the property; its name was changed to Disneyland Park to distinguish it from the expanding complex in the 1990s.Walt Disney came up with the concept of Disneyland after visiting various amusement parks with his daughters in the 1930s and 1940s. He initially envisioned building a tourist attraction adjacent to his studios in Burbank to entertain fans who wished to visit; however, he soon realized that the proposed site was too small. After hiring a consultant to help him determine an appropriate site for his project, Walt bought a 160-acre site near Anaheim in 1953. Construction began in 1954 and the park was unveiled during a special televised press event on the ABC Television Network on July 17, 1955.Since its opening, Disneyland has undergone a number of expansions and major renovations, including the addition of New Orleans Square in 1966- 1969, Bear Country in 1972, and Mickey's Toontown in 1993   more
6 votes
0 comments
Disneyland - Voter Comments
No Comments
Vote & Comment
2

SeaWorld San Diego is an animal theme park, oceanarium, outside aquarium, and marine mammal park, located in San Diego, California, United States. The park is owned by SeaWorld Entertainment.SeaWorld San Diego is an accredited member of the Associat... ion of Zoos and Aquariums. Adjacent to the property is the Hubbs-SeaWorld Research Institute, which conducts research on marine biology and provides education and outreach on marine issues to the general public, including information in park exhibits   more
3 votes
0 comments
SeaWorld San Diego - Voter Comments
No Comments
Vote & Comment
No comments yet.
Leave a comment...
(Maximum 900 words)
Privacy Policy | Terms of Use
Sitemap | View Desktop Version
©2020 Debate.org. All rights reserved.