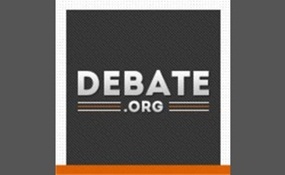 Should biased polls be allowed on DDO?

Yes are an English rock band who achieved success with their progressive, art, and symphonic style of rock music. They are distinguished by their use of mystical and cosmic lyrics, live stage sets and lengthy compositions, often with complex instrum... ental and vocal arrangements. The band's current line-up since February 2012 consists of singer Jon Davison, guitarist Steve Howe, bass guitarist Chris Squire, keyboardist Geoff Downes, and drummer Alan White.Squire formed Yes in 1968 with singer Jon Anderson. Squire and guitarist Peter Banks had played together in The Syn and then Mabel Greer's Toyshop. Anderson and later drummer Bill Bruford joined a line-up of Mabel Greer's Toyshop, which evolved into Yes. Keyboardist Tony Kaye completed the first Yes line-up. Their early sets were a mix of original material and cover versions.The 1970s saw Yes release the albums that are widely viewed as their creative peak: The Yes Album, Fragile, Close to the Edge, Tales from Topographic Oceans, Relayer and Going for the One   more
5 votes
2 comments
Yes - Voter Comments

hect says2015-06-04T18:25:10.2387031-05:00
Report Post
Absolutely, constantly I run into people who think they know what is biased and what is not, what is offensive and what is not, and they claim this authority over everyone else even if people disagree. They claim to be the supreme leader and the final holder of all knowledge and truth. I declare war on these people and I will not be silenced!!!
Vote & Comment
2

No is a 2012 Chilean drama film directed by Pablo Larraín. The film is based on the unpublished play El Plebiscito, written by Antonio Skármeta. Mexican actor Gael García Bernal plays René, an in-demand advertising man working in Chile in the late 1... 980s. The historical moment the film captures is when advertising tactics came to be widely used in political campaigns. The campaign in question was the historic 1988 plebiscite of the Chilean citizenry over whether dictator Augusto Pinochet should stay in power for another eight years.At the 85th Academy Awards the film was nominated for the Best Foreign Language Film Oscar   more
4 votes
0 comments
No - Voter Comments
No Comments
Vote & Comment
3

UtherPenguin says2015-06-04T18:39:10.4322543-05:00
Report Post
@hect Do you want to censor the censorers? Censoring opposing opinions is the most effective method of dealing with them, just say "biased poll" or "loaded question" if they dare oppose your views,

hect says2015-06-04T18:45:39.7452011-05:00
Report Post
@Forthelulz: this argument has been going on for a while, we moved from: http://www.debate.org/polls/do-you-think-its-right-that-society-has-accepted-cohabitation-couples-living-together-in-an-intimate-relationship-without-marriage-as-a-norm to here after UtherPenguin cried about that poll.