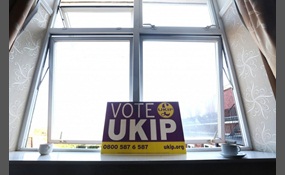 Should Britain change its Voting system to Proportional Representation?

The term proportional representation characterizes electoral systems by which divisions in an electorate are reflected proportionately in the elected body. If 30% of the electorate support a particular political party then roughly 30% of seats will ... be won by that party. The essence of such systems is that all votes contribute to the result, not just a plurality, or a bare majority, of them. Proportional representation requires the use of multiple-member voting districts, it is not possible using single-member districts alone.There are, basically, only two PR voting methods, party list PR and the single transferable vote, but mixed member proportional representation, a hybrid method that uses party list PR as its proportional component is also usually considered a distinct PR method. With party list PR political parties define candidate lists, and voters vote for a list. The relative vote for each list determines how many candidates from each list are actually elected. Lists can be "closed" or "open", open lists allowing voters to indicate individual candidate preferences, and vote for independent candidates. Voting districts can be as large as a province or an entire nation   more
5 votes
2 comments
Yes - Voter Comments