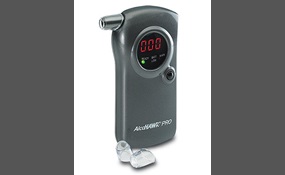 Should cars come with breathalizers

grand_unicornz says2016-10-20T18:39:34.7335389Z
Report Post
In some way, the door should have a built in censor that senses if someone has been drinking before getting behind the wheel. If they have and still get behind the wheel, the vehicle should automatically lock the steering wheel and/or gas pedal to avoid accidents

Skyscraper says2016-02-13T15:32:07.4624515Z
Report Post
I seen people do many tricks it can be fooled. One of them if you know your going out drinking. Make a few balloons with good air then apply. But if your too drunk your screwed. How can you manage the task lol