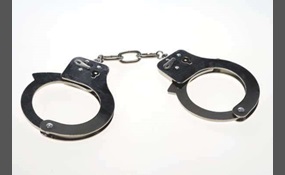 Should child molestation get harsher punishment than statutory rape ?

The_Aspiring_Sociologist says2015-09-21T20:43:56.4517965Z
Report Post
Both crimes are disgusting, horrendous, and creepy. They both can affect a person's life forever, but I find that a child is much worse because they just went through a horrible crime. Neither criminal should get off easy, in fact they should live in a correction facility for the rest of their lives.

Mister_Man says2015-09-23T14:35:54.8563990Z
Report Post
Considering "statutory rape" is between two CONSENTING PEOPLE (so not f*cking rape), I would say sexual contact with someone who does not want it or who is unable to voice that they do or do not want it should be punished harder.
Vote & Comment
2

No it should not

An honor killing or honour killing is the homicide of a member of a family or social group by other members, due to the perpetrators' belief that the victim has brought shame or dishonor upon the family or community, usually for reasons such as refu... sing to enter an arranged marriage, being in a relationship that is disapproved by their relatives, having sex outside marriage, becoming the victim of rape, dressing in ways which are deemed inappropriate, or engaging in homosexual relations   more
1 vote
0 comments
No it should not - Voter Comments
No Comments
Vote & Comment
Leave a comment...
(Maximum 900 words)

stephannoi says2015-09-21T15:23:56.9595987Z
Report Post
Child molestation should absolutely get harsher punishment than statutory rape because it gives much more serious harmful effect to the victim.

countdooku says2015-09-21T15:30:55.1614215Z
Report Post
Yes,stephannoi.The reason why child molestation gives much more serious harmful effect than statutory rape because the victim of child molestation is a prepubescent children and they don't have ability to understand sex act or consented to sex act.Also other reason for this is that they could suffer severe from internal wounds and injuries from rape and molestation.