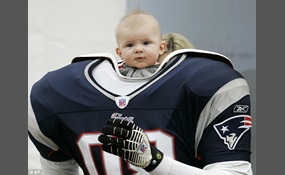 Should kids under 9 be aloud to play tackle foot ball

Yes is the eighth album by Mika Nakashima; it is the fourth album to be released under her own name. It also was the first of her albums to have been released in both a CD only and a CD+DVD Limited Edition format. The album boasts a slower and more ... gospel-orientated arrangement.The Limited Edition includes a bonus DVD featuring the videos for 'Cry No More,' 'Black & Blue,' 'All Hands Together,' 'My Sugar Cat,' 'Mienai Hoshi,' 'I Love You,' and a live recording of her cover of Louis Armstrong's 'What a Wonderful World.' The album and DVD are housed in a box slipcase with a different cover from the standard release of the album, and included a note with information on pre-ordering tickets to her Japan-wide concert tour, 'Yes My Joy,' before others with purchase of the album.'Yes' debuted at #2 on the Oricon Daily Album Chart in Japan, but its weekly chart debut was at #3, selling 153,261 copies in its first week. To date it has sold close to 296,000 copies in Japan alone   more
9 votes
3 comments
Yes - Voter Comments

No is a 2012 Chilean drama film directed by Pablo Larraín. The film is based on the unpublished play El Plebiscito, written by Antonio Skármeta. Mexican actor Gael García Bernal plays René, an in-demand advertising man working in Chile in the late 1... 980s. The historical moment the film captures is when advertising tactics came to be widely used in political campaigns. The campaign in question was the historic 1988 plebiscite of the Chilean citizenry over whether dictator Augusto Pinochet should stay in power for another eight years.At the 85th Academy Awards the film was nominated for the Best Foreign Language Film Oscar   more
8 votes
3 comments
No - Voter Comments

mplo says2017-04-05T01:39:13.8813173Z
Report Post
Absolutely not! Kids who are that young haven't really gone through development yet, and even more susceptible to permanent head injuries. Frankly, I don't think that kids who are under 12-14 years of age should play tackle football, either.
Vote & Comment
No comments yet.
Leave a comment...
(Maximum 900 words)
Privacy Policy | Terms of Use
Sitemap | View Desktop Version
©2022 Debate.org. All rights reserved.